What Color Are Seals? (Explained) 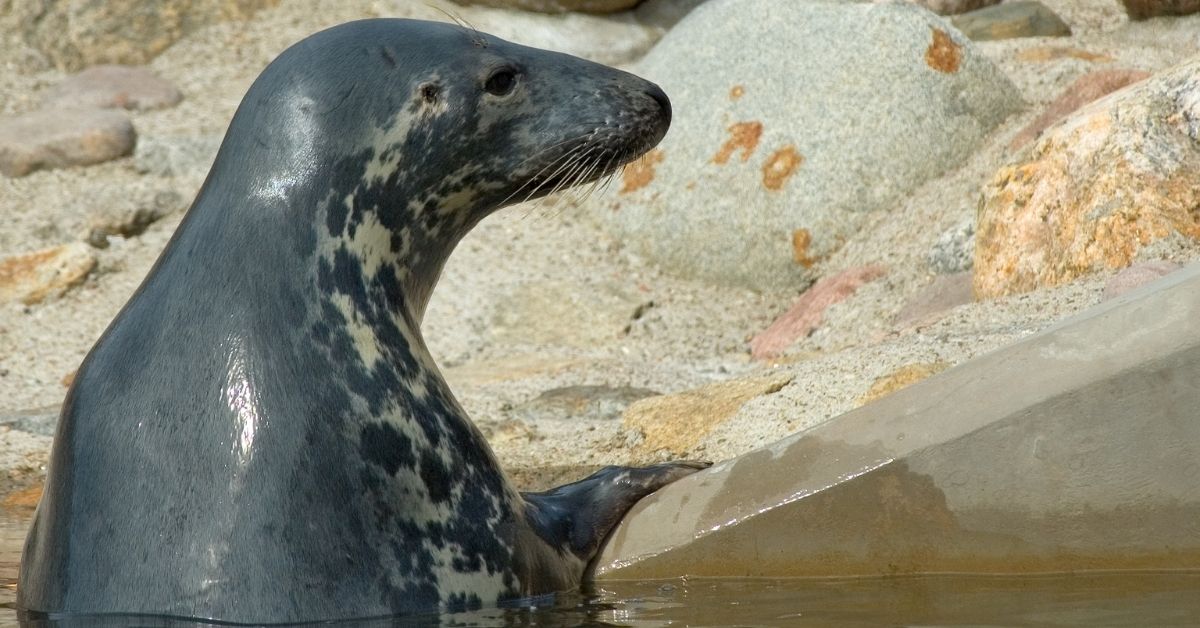 Seals are cute semi-aquatic mammals that are often admired for their fur. People tend to think there are only a few different species of seals, and they are either grey, black, or brown, but seal color is actually a little bit more complicated than that.

What Color Are Seals?

Most seals are dark grey, brown, or black. Their fur changes throughout the year, depending on the atmosphere and salinity of the water.

Not many people realize that there are 18 species of true seals in the world. Their most distinctive feature is the lack of ears. Although most are similar to each other, the color varies between species, time of the year, and age.

Some seals are counter-shaded, which means their backs are darker than their bellies, some have a solid color, and some have spots or stripes.

Although differing in sizes and shapes, most seals share similar coloration. Their fur is mostly dark grey, dark brown, or black, and most seals also have lighter-colored bellies (usually light grey).

Seals often change color throughout their lifetime, usually becoming slightly darker with age, and throughout the year, becoming lighter before molting.

The color can also change depending on the chemical composition of the water they swim in, and some seals even get their fur tinged green from the algae growing in warmer climates.

A few seals would stand out from the grey and brown mass of their relatives.

What Color Are Seal Pups?

Seal pups are usually white or black, depending on the species.

Baby seals are born with a solid color fur. The fur is usually longer and more fluffy than adult seals. Most seal pups are born white, but a few seal species give birth to very dark brown or black pups, like the Mediterranean or Hawaiian monk seal.

The white color of baby seals serves as camouflage, preventing pups from being spotted by predators while they lay helpless on the snow or ice.

Some seals that don’t live in the cold regions and give birth on rocks or sandy beaches still give birth to white pups, and it is believed that the white coat is a reminder of their previous habitat that changed over millennia.

The fluffy coat falls out during their first molting, usually occurring within the first two months of seal pups’ life.

Why Are Seals The Color They Are?

Like everything in nature, the seal’s color has its place and reason. All seals need to blend with their surroundings to hide from their predators and be invisible to their prey.

Seals adopted different colors and patterns depending on their habitat, although the most common camouflage is counter-shade – a seal’s back is darker than the belly.

When the light shines from above, the object is lighter on the upper side and darker on the bottom, appearing solid and three-dimensional. By having darker upper and lighter lower bodies, seals counter the light, appearing flat, therefore harder to detect by their prey and predators alike.

Some seals also have spots additionally to their camo coloring, which help blend with the surroundings.

The biggest mystery to scientists is markings on the Ribbon seal. The white stripes on black fur seem to stand out, but biologists studying Ribbon seals think that the stripes are probably making seals less visible to predators.

There are many species of seals, and to the untrained eye, some of them can be mistaken for one another. Most seals are grey or brown with no special markings, but a few stand out from the group.

The reason behind seals coloring is primarily camouflaging. Some seals developed spots or stripes. Others are counter-shaded to trick their predators and prey alike. Even baby seals use camouflage to stay out of trouble.