What Color Are Lions? (Why Are They Different Shades) 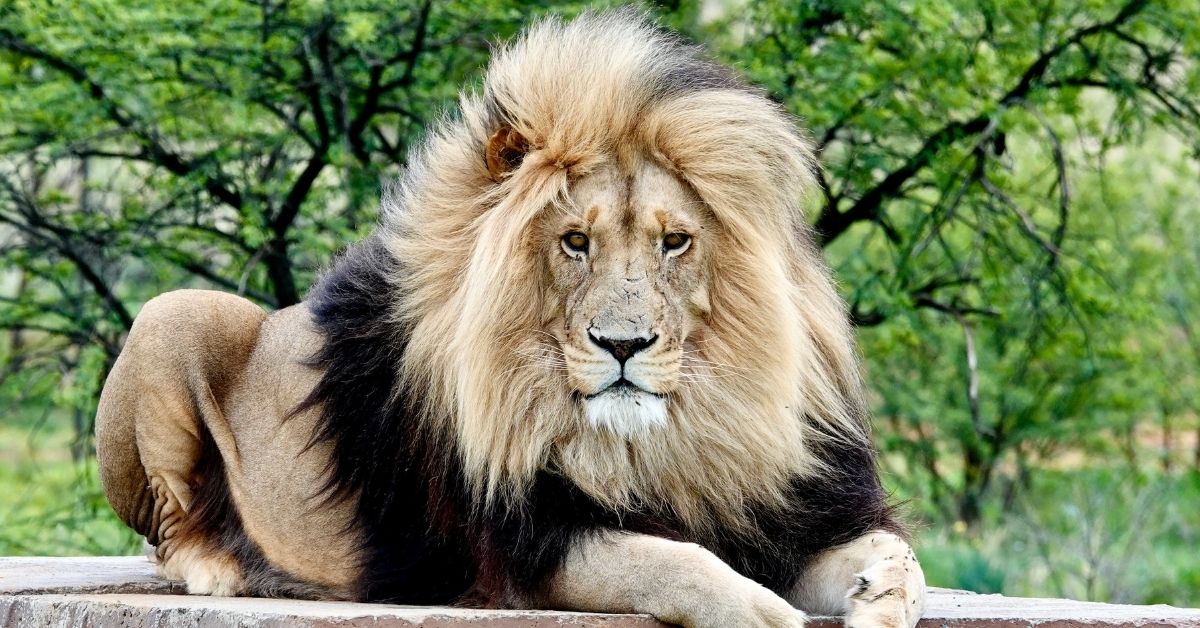 When most people think of lions they think of them as a yellowish-brown color or maybe even a slightly orange color.

However, if you look at some lions they appear to be a very different color to the one standing next to them, this makes you think what color are lions exactly and how many colors do they come in?

What Color Are Lions?

To most people, lions are either yellow or brown, but there is more to a lion’s color than the simple answer.

A lion’s fur color is controlled by melanin and can have many different shades, from almost white, tawny yellow, ochre, golden yellow to deep orange-brown, with golden yellow being the most common one.

Lion cubs are born with dark brown spots that mostly disappear when the lion grows bigger. Some lions retain lighter spots on their legs and bellies. All male and female lions also have a dark brown tuft of hair at the tip of their tails.

The mane of a male lion is usually darker than the fur on its body. The mane also varies in coloration, but the most commonly seen is brown, tinted with yellow, rust, and black strands. The mane color can change, often indicating the health of a lion.

According to research, the more testosterone a lion has the darker his mane will be. Scientists have also discovered that lions with darker manes also heal faster than lighter mane lions, this could also be as a result of having more testosterone.

Like most furry animals, lions have dark skin underneath all the fur. Unless the lion is an albino, the skin would be dark brown or black.

The eyes of a lion, whether regular or leucistic, would be brown or golden, but a blue-gray or green-gray are also possible and not uncommon. Some leucistic white lions have blue eyes, but that is a relatively rare occurrence.

Are There Any Black Lions?

Unlike black leopards and jaguars, black lions do not exist. At least, nobody has found one yet.

There are many realistic-looking pictures of black lions circling throughout the Internet. Those are manipulations of photos of regular or white lions. So far, no black lions were ever seen in real life, be it n the wild or in captivity.

The excessive production of melanin, called melanism, can occur at any stage in the genes of many animals, turning their fur black, so there is a slight chance of black lions appearing in the future.

There are, however, black-maned lions, and those are real. The black color of their manes is caused by testosterone, meaning that, technically, lions with black manes are stronger and more “manly” than lions with lighter-colored manes.

Are There Any White Lions?

There are white lions, although they are a rare occurrence.

Two different conditions cause the white coloration of a lion’s fur. The first one is albinism, which is the absence of any pigmentation in skin, hair, and eyes. The skin of an albino lion is pink, its eyes red, and its fur white. Albinism is not very common in lions.

The second is a rare genetic condition called leucism. The leucistic trait is caused by a recessive mutation in the gene Tyrosinase, an enzyme controlling melanin production. While leucism is rare, the number of white lions with this type of mutation is still greater than albinism.

A leucistic white lion’s skin and eye color are the same as a regular lion’s. The gene mutation is not as severe as albinism, and therefore only the fur changes color. While people call them white, leucistic lions are usually blonde or near-white, unlike albino lions with no pigment.

The leucistic mutation is a recessive gene and can be selectively bred to produce more white lions, although because there are not so many white lions, the risk of inbreeding is running high.

Why Are Lions Different Colors?

The color of a lion depends on many factors. The most common is simple genetics. Just like humans and any other creature on earth, a lion’s genetic code dictates the color of its hair.

A change in the DNA, like leucism or albinism, may cause a lion to be lighter in color or completely devoid of pigment. Any variation between regular colors can also be dictated by the climate lions live in and the health of each animal.

A male lion’s mane color is the most diverse and most influenced by other factors. Mane color varies depending on the testosterone levels of a lion, its sexual maturity, but also environmental factors like an average temperature and climate.

As mentioned above, a darker mane indicates that a lion has more testosterone than his lighter-maned opponent. It also means that a lion is healthy and well-fed. The color of a lion’s mane can change at any stage if, for example, a lion is not getting enough nutrition and his health is deteriorating.

In hotter climates, darker manes mean more trouble cooling down, and it might prompt the lion to shed some of the dark hair to replace them with lighter ones.

Why Don’t Lions Have Any Color Mutations Besides White?

Due to the character of their environment, black lions would be visible to all their prey and competition. The survival rate of black lion cubs would be very low, and if they managed to grow to adulthood, it would be difficult for them to take part in the hunt.

This situation is similar to the existence of black leopards and jaguars. One can usually see black panthers in the jungle where those cats hide in shadows. The black color stands out outside of that setting, making it difficult to catch prey or hide from predators.

Because lions are solid-colored big cats, baby lion’s spots disappear with age. Therefore, a mutation similar to that of a king cheetah would be impossible.

As the best-known big cats in the world, lions have a big reputation to uphold, but just like many other creatures out there in the wild, they need to adapt to their changing environment.

That means their coats need to blend with their surrounding. Moreover, the color also needs to adapt to show their strength and ability to produce the strongest offspring.