What Color Are Leopards? (4 Colors) 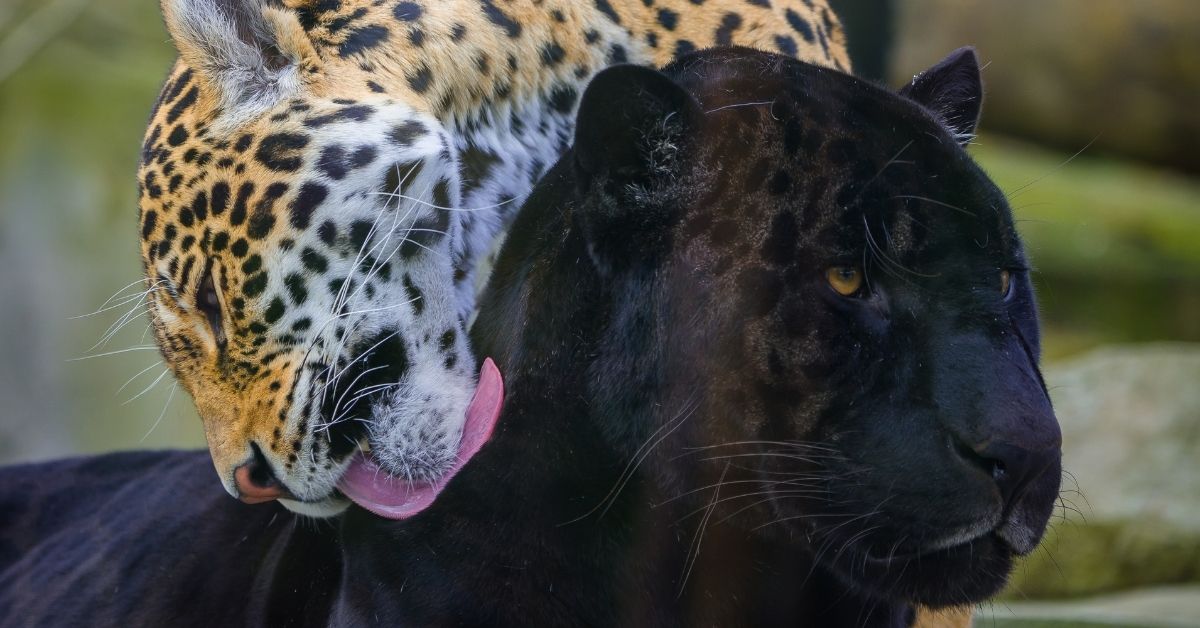 Leopards, also known as panthers or in scientific terms: Panthera pardus, are powerful members of the wild cats found in various places in the world.

Usually, when people think of leopards, they think of yellow cats with white undercoats and dark circular marks.

However, not many people know that leopards actually have many different colors and combinations of coats.

Leopards can be one of four different colors:

The most common of all leopard colors is yellow fur with a white undercoat and dark circular marks. These dark marks are described to assume a rosette pattern that covers almost the entire area of the pale yellow to grayish fur on the animal’s body.

This color scheme is extremely useful for these deadly predators as it allows them to blend in with their surroundings, like tall dry grass, as they stalk their prey.

This appearance among leopards is so popular that it is commonly used in style and is the image that comes to mind when people say “leopard print”.

Leopards also come sporting coats so dark that it is almost impossible to see where their spots are. Their coats appear almost solid in color due to the overproduction of dark pigments or melanin. This variety of leopards are the melanistic leopards and are often referred to as black panthers.

These types of leopards compromise only about 11% of the leopards’ total population and are usually found in thick, dense forests.

They are more commonly found in Asia as compared to other areas. Due to their extremely dark coats, these types of leopards are often mistaken for other wild cats such as jaguars and cougars.

This color variation is considered extremely rare and sightings of these leopards are even harder to come by. White leopards appear to have pale cream coats with pale markings and blue eyes.

Not much is known about this variety of leopards as there are few documented cases of their existence. It is said that they were sighted in India and South Africa.

Apparently, these leopards can also come from normal (yellow-spotted) leopards. They appear snow white at birth and develop darker spots as they age.

The closest example we have to true white leopard appearance are the snow leopards found in cold climates and rough, snowy terrains.

These leopards have grey-ish white coats with dark rosette-patterned spots. However, these creatures, despite being called leopards, are closer to tigers than actual leopards.

The rarest kind of leopards is those who appear to have strawberry-colored coats. These leopards are referred to as strawberry leopards or pink panthers.

Their coats often appear pink or almost red with paler spots as opposed to those exhibited by other leopards. This is caused by a condition called erythrism which causes the animal’s body to overproduce red pigments and underproduce dark pigments.

These types of leopards can be found in South Africa however sightings of these leopards are extremely rare with only a few reported or shot in images over the past decade.

Leopards – the majestic predators found in various areas of the world are not limited to the yellow and white with dark spots pattern we all know.

In fact, this creature has more to offer in appearances with colors varying from the deepest blacks to the palest whites and even shocking reds that allow them to adapt and survive in their own respective environments.

While they might not be as popular as the well-known “leopard print”, the truth remains that these variations of this magnificent creature are astounding sights to see.