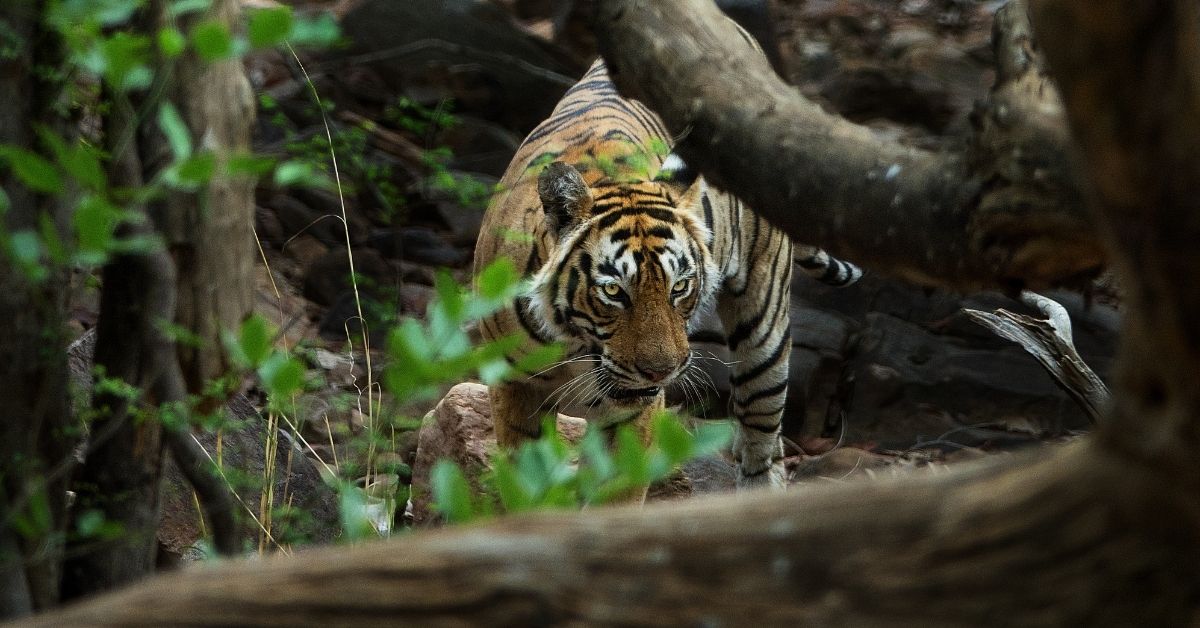 It is well-documented that tigers and leopards often live in the same areas. They are both apex predators typically found in forests and areas with tall grass where they stalk and hunt their prey.

However, as the Tiger is very territorial and a cat with a much bigger appetite, could the smaller leopard find itself prey to the much larger cat?

Tigers do eat leopards on occasion. The main reason tigers eat leopards is because of competition. The tiger kills the leopard to reduce competitors for feeding, and not wanting to waste a meal the tiger will eat the leopard.

However, tigers and leopards generally try to stay out of each other’s way, as both parties can come to harm should a conflict arise, a leopard can easily injure a tiger, and sometimes, on rare occasions, a leopard can kill a tiger.

The 3 Main Reasons in Which Tigers Eat Leopards:

Tigers Eating Leopards Due to Diet

Tigers are among the fiercest carnivores one can find in the jungle. That is right — these feisty felines only fill their bellies up with the best meat they can catch from the jungle. Their prey includes many different animals ranging from deer to buffalos.

Tigers are known only to go hunting for food around once a week. However, once it does feed, it can consume up to 40 kilograms of meat in a single feeding.

This big cat is also an opportunistic predator that does not really limit what it consumes for food.

While its main prey consists of deer, cattle, and wild board, it can still attack and eat unusual animals such as elephants, wild dogs, and the occasional leopard. That is, should the situation demand it.

Tigers do eat leopards. However, not as frequently as they would their usual prey.

Tigers are not very picky with their food and often hunt whatever is the closest to them when they are hungry.

If the leopard finds itself venturing too close to a hungry tiger, then that leopard runs the risk of being stalked, hunted, and eaten by the much bigger Tiger.

Tigers Eating Leopards Due to Competition

The most common reason a tiger would eat a leopard would be due to competition. Leopards and tigers often share habitats and, therefore, prey in those areas.

The leopard is known to hold a much better success rate when it comes to catching prey which could be viewed by the enormous cat as a significant threat to its hunt, sparking an intense rivalry for food sources between the two.

Should this be the case, the Tiger would be spurred to kill the leopard to establish dominance and eliminate the threat to its food source. Afterward, it drags the leopard away into the forest to presumably consume it.

Surprisingly, leopards can also hunt, kill, and consume tiger flesh. However, this rarely happens, and when it does, it is usually an adult leopard killing an unguarded tiger cub.

Tigers are very protective of their cubs and will stop at nothing to defend them should any threat befall them.

Should the leopard approach tiger cubs with a purpose to harm, one would expect a quick attack from the Tiger. This event could lead to the leopard’s death and (in a twist of fate) its consumption.

Often, areas with many tigers have a noticeably smaller number of leopards.

Studies state that this could be due to the leopards relocating to stay out of the Tiger’s way to avoid violent competition for hunting territories.

However, considering leopards could be part of the tigers’ diet, the possibility that tigers’ occasional leopard snacks could also cause this is not that far.

Can Leopards Fight Back Against Tigers?

Usually, when two big cats clash in a fight against each other, the bigger cat almost always wins. In this case, the Tiger would have the upper hand due to its large size and incredible strength.

However, the leopard is pretty feisty and can still try to fight the bigger cat off. In fact, it has a few tricks against the unwitting Tiger.

Leopards can also avoid drawing attention to themselves altogether by hunting different prey such as smaller animals to avoid triggering competition.

They can also sometimes choose to hunt during different times of the day. However, they still prefer the nighttime.

While tigers and leopards are found in the same areas and habitats, peaceful coexistence is not an option for these two alpha cats.

Their dominant territorial nature leads to conflicts regarding shared prey and violent confrontations that can lead to the death of one if not the severe injury of both cats.

However, these ferocious beings have since learned to survive with the leopard adopting various tactics to avoid and provide respect to the Tiger.