Can You Keep a Snow Leopard As a Pet? 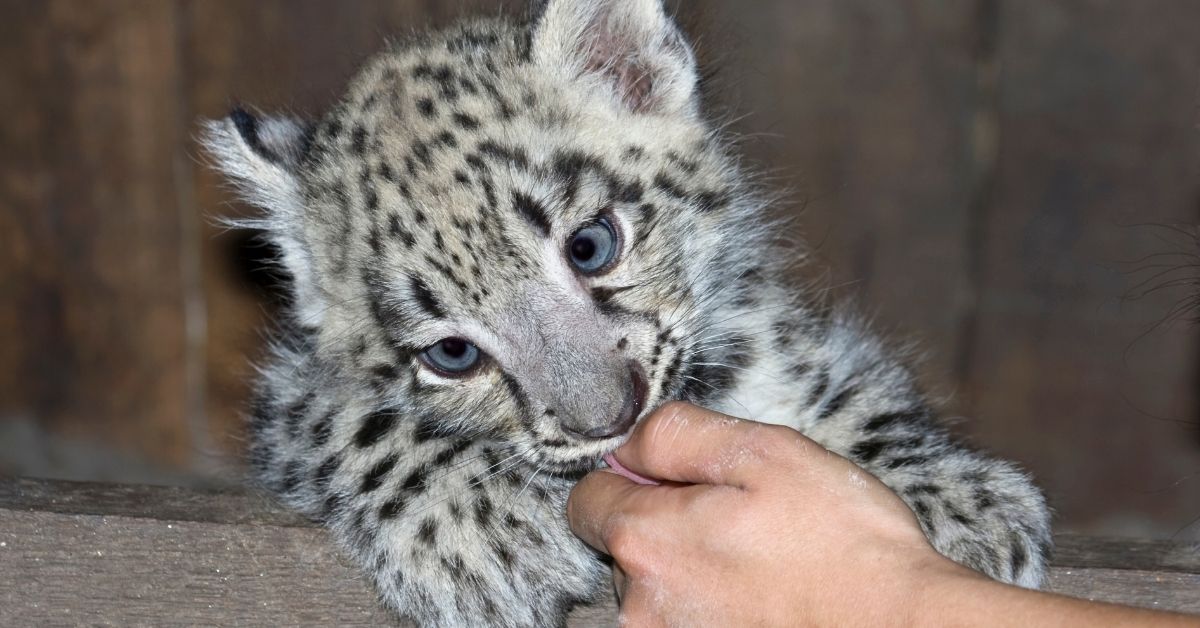 Snow leopards are one of the cutest animals in the wild. From when they are little cubs to when they grow up, they always look fluffy and cuddly.

Their teddy bear-like appearance is why many people think of having a snow leopard as a pet.

Can You Keep a Snow Leopard As a Pet?

Depending on the state or country you live in, you can keep a snow leopard as a pet.

Although it is a rare animal in the wild, some people think having a snow leopard as a pet in their private house is a good idea.

Depending on where you live, you might be allowed to have one in your house, but the could be subjected to some regulations requiring them to obtain a special license.

Like the U.S., other countries worldwide have rules and regulations on the private possession of snow leopards. Some of those countries are Brazil, China, England, India, Japan, Malaysia, Russia, Canada, Costa Rica, Israel, Spain, and Turkey.

Some countries ban private possession of snow leopards with no exceptions. Austria, Denmark, Greece, Thailand, and Norway are among those countries.

Snow leopards may not make good pets, but many people still successfully keep them at home.

Snow leopards are wild animals, and as those, are unpredictable and potentially dangerous. They don’t have many predators in the wild, but they lead a solitary life and are wary of any danger.

Like all other big cats, snow leopards are driven by instinct, and if they feel threatened, they will try to flee. If that won’t be possible, they will feel cornered, start to panic, and a panicking snow leopard is not something to be trifled with, considering its strength, agility, and will for survival.

If a snow leopard was used to people from the earliest days, we could compare it to a house cat, just multiple times bigger. It also means bigger claws and bigger teeth.

Anyone who ever played with a house cat can attest to scratches and bite marks, and those would be only small in comparison with what one can expect from a snow leopard.

Unlike dogs, which were domesticated long ago and underwent a selection based on their tameness, snow leopards are a novelty in human households. They won’t realize human skin thickness and strength are lesser than theirs, and while trying to be playful and friendly, they may inflict injuries on their owners by accident.

Similar to house cats, snow leopards are harder to train than dogs. They are more capricious and may not take kindly to being told what to do when they don’t want to. It could be a challenge to potty train a snow leopard as well.

However, unlike house cats, snow leopards are big and strong and won’t be as easy to hold down or soothe while in the middle of a fit.

Snow leopards also require a lot of food, and not the kibble or kitty-can wet type. They require raw meat and in bulk. Some people might find it too challenging to feed their pet snow leopard.

Although there are many disadvantages of keeping a snow leopard at home, many people succeed and happily live together with a big cat under their roof. Snow leopards are getting more popular as pets due to their exotic nature and fluffy appearance.

Many animal lovers dedicate themselves to making a healthy and safe home for those endangered species in their houses, and most times their succeed.

Owning a snow leopard is definitely not for everyone, and only determined and responsible people succeed in keeping one.

How Do You Buy a Pet Snow Leopard?

The best places to buy snow leopards are from certified breeders with proper permits. The place you want to buy your new pet should have proper facilities, treat their animals with care and respect, socialize them with people, and to some extent also train them.

The place you want to buy your snow leopard from should provide you with all the proper health certificates for the animal from an approved veterinarian.

Unlike dogs or cats, snow leopards don’t have a pedigree that you can check to see where they came from and if they weren’t inbred. It is a risk, but there are only a few snow leopards breeders, so if you are determined to have a big cat at home, you may have to take it.

Snow leopards are exotic and rare animals in the wild and private possession. Therefore the prices can be steep sometimes.

To own a snow leopard, one needs to make sure of local laws. Some states in the U.S. and countries worldwide have banned private possession of snow leopards.

Things to keep in mind when getting a snow leopard:

One also needs to do their homework before owning a snow leopard, as it is still not well known as a house dweller, and there is plenty of information to gather about this new pet.

One needs to consider snow leopard behavior in captivity, and the best thing would be to look for another snow leopard owner and ask them questions about living with a big cat in a house.

There are also plenty of house adjustments to prepare before the cat arrives. One needs to consider things like a safe place to keep a snow leopard in case of visitors, two sets of entrance doors to prevent snow leopard’s escape, new locks preventing a snow leopard from opening the door, and so on.

Apart from having a cute fluffy big cat lounging on a sofa, one needs to provide enough outdoor space for a snow leopard. The best would be to have a private yard.

To keep a snow leopard in a private yard, said yard needs a fence at least 10ft tall (although 12-14 is preferred), strong enough to hold a climbing animal’s weight, and made out of mesh small enough to prevent entanglement. The fence should also be set in a concrete foundation to stop snow leopard digging underneath.

The yard should have at least 300 sq. ft per one animal, preferably with two or three solid walls for snow leopard’s privacy, covered with an impenetrable roof or a 45-degree incline.

The flooring of the enclosure should be natural grass or tree bark. The enclosure should also contain as much of the natural environment as possible. It means rocks and boulders, trees or tree trunks, and some cave-like shelter. It would encourage a snow leopard to exercise when outside and feel more natural and at home.

Snow leopards are carnivores, and like house cats, can only survive on a meat diet. In zoos, keepers usually provide a whole dead animal for their snow leopards. However, a privately owned snow leopard would survive on butchered meat as long as there is enough of it.

In the wild, they usually hunt every 8-10 days. In captivity, however, they don’t have as much exercise. Hence it is important to monitor the food intake. An adult snow leopard should get around 4-5 kg of meat per day, with one or two days of fast per week.

Snow leopards are considered an endangered species, with less than 7 000 cats living in the wild.

It doesn’t stop people from wanting one as a pet. Some countries allow private possession of snow leopards under specific and sometimes strict regulations.

However, owning a snow leopard is a demanding task but can be very rewarding if done correctly. A snow leopard can live up to 22 years in captivity, so one needs to be prepared to care for it for a long time.

In the end, even snow leopards bred in captivity with humans as companions can still show their wild side and hurt someone accidentally. One needs to be well prepared to take on a snow leopard as a house pet.