Lion vs Leopard: Which is Faster, Stronger, Better? 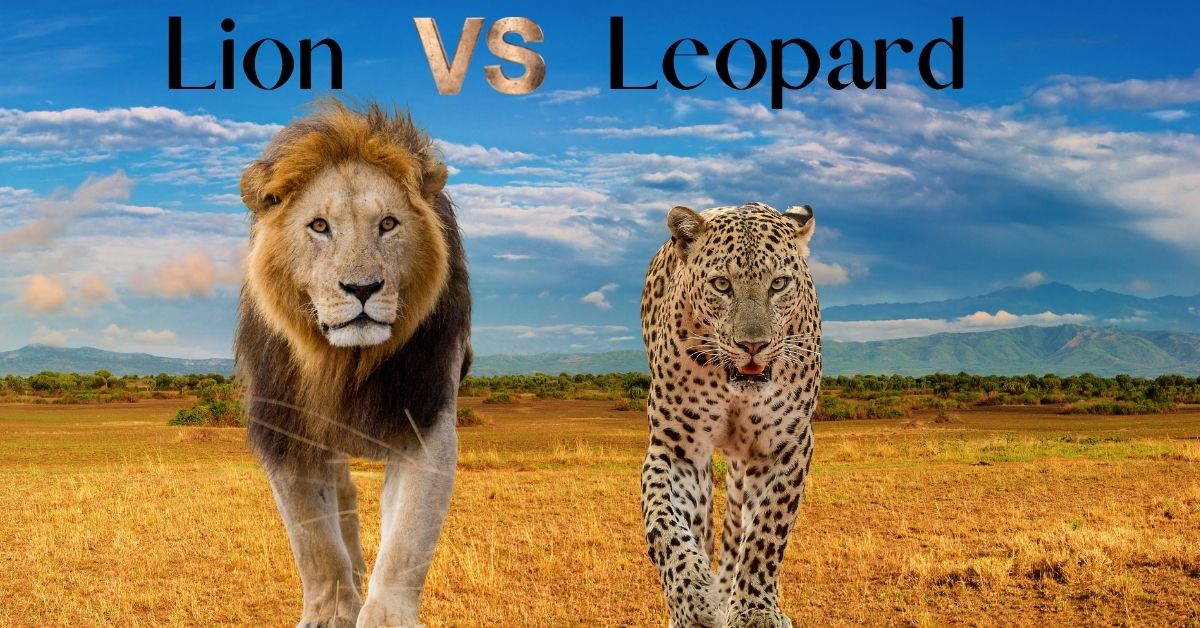 Lions and leopards share their habitats and often compete for food. They are both big cats, but lions have the advantage: they are bigger than leopards and usually travel in prides.

A lone leopard’s survival depends on its wit and skill. It usually avoids lions at all costs because one wrong move can end up badly.

Who Is Faster: Lion or Leopard?

Lions are faster than leopards.

At a top speed of 50 mph, lions are faster than leopards, which can only muster about 36 mph. It is very unfortunate for leopards, who are targeted by lions, and often compete with them for food and territory, but leopards can outsmart lions most of the time, thanks to their cunning and wit.

It also helps that leopards can climb trees, which for lions is almost impossible because of their weight.

Lions depend on their speed to catch their prey. Unlike leopards, who are masters of ambush, lions are too big to successfully sneak up close to their prey. Lions have to chase their prey for some distance, but their hunt is usually a teamwork.

Which Is Stronger: Leopard or Lion?

Common sense would tell us that lions are stronger than leopards, and it would be right. Comparing the size of both animals, lions have a huge advantage over leopards.

Even though a leopard can lift its prey upon a tree, it is no match for the strength of a lion, which can easily kill an animal greatly exceeding its size. The bite force of a lion is 650 PSI (125 BFQ*), which is far greater than that of a leopard – 310 PSI (94 BFQ*).

Can a Lion Beat a Leopard?

Yes, a lion could beat a leopard. In fact, this happens rather frequently in the wild. Because lions and leopards often share hunting grounds, lions treat leopards as competition and kill them if they get a chance.

Although lions often travel in prides, leopards usually avoid confrontation with any lion they can spot because a leopard is not a match even for a single lion. Lions are bigger, heavier, and faster than leopards. Lions often target leopard cubs to rid themselves of future competition.

In a case when a leopard gets caught by a lion, it usually tries to submit for as long as possible in hopes of survival. Leopards rarely put up a fight because they are aware they stand no chance against their bigger cousins.

Lions do not fear leopards. Considering that lions are the biggest predators in their habitat, they don’t usually fear any other creatures.

A buffalo bull, a crocodile, or a pack of hyenas can pose a threat to a single lion, and singe lions are often seen fleeing from those, but a pride of lions doesn’t have to fear anything, especially a single leopard.

Even though leopards are able to kill a lion cub, they usually do not dare to attack, considering lions have sentinels around their place of rest and usually travel in great numbers.

However, there are instances where leopards get lucky enough and attack and kill lion cubs for food and to get rid of future threats.

Although social animals, lions sometimes travel alone, even then leopards try and avoid lions, as adult specimens are stronger and faster and could kill a leopard with ease.

Why Do Lions Hate Leopards?

Lions hate leopards because they see them as competition for food. Adult leopards also kill lion cubs if they get a chance.

Lions travel in big prides, sometimes 15 – 20 strong. To feed every mouth in a pride, lions require a lot of food. It means that every other predator on their hunting lands diminishes their chances of providing for everyone.

Lions consider leopards a competition for food, and whenever they can, lions try to steal leopards’ prey or kill their cubs to lower their numbers.

Another reason why leopards may not be a lions’ favorite neighbor is that leopards kill lion cubs whenever they get a chance.

It doesn’t often happen because lions usually fiercely protect their young, but it happens nonetheless. Leopards kill young lions for food while getting rid of a potential problem for the future.

Lions and leopards inhabit many of the same regions, and therefore often share hunting grounds. While lions are decidedly bigger, faster, and stronger than leopards, the smaller leopards are more witty and cunning, outmaneuvering lions by hiding on the trees and sporadically killing lion cubs.

A single leopard would lose the fight with a single lion in most cases. However, sometimes, lions let leopards get away because, even though lions are stronger, they still risk getting a severe injury from a fighting leopard.

In a world where stronger not always wins, leopards prove that having enough sarts is also a good strategy for survival.