The Strength of a Lion Explained 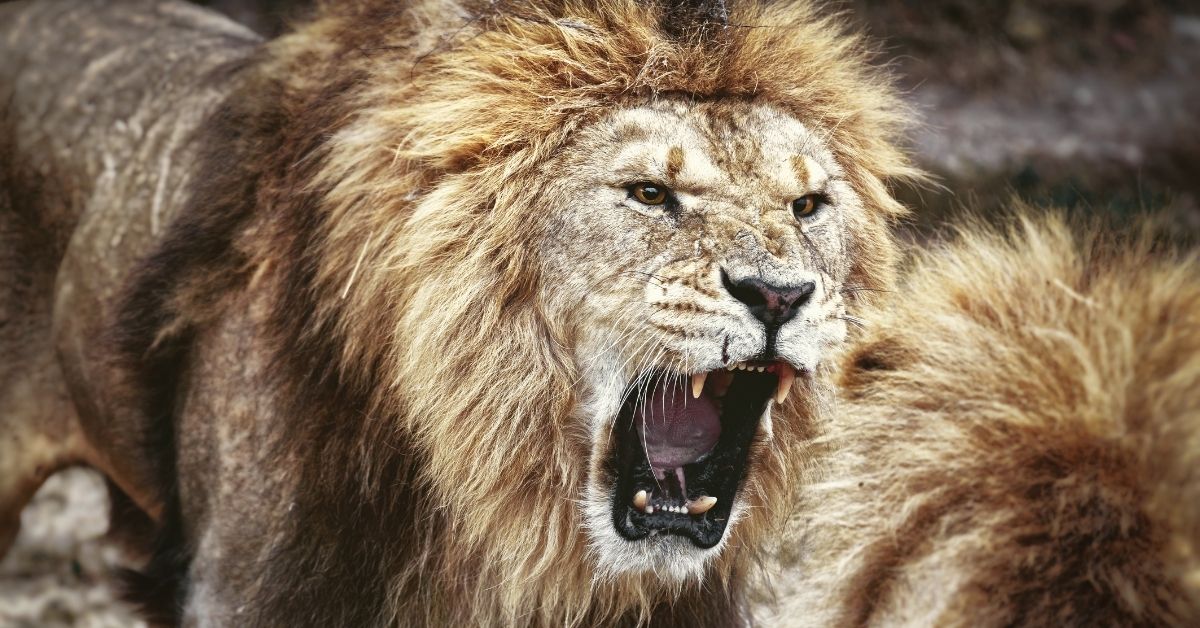 The lion has always been treated as a symbol of strength, courage, and power. Its strength can be seen even from a distance as it tears prey apart with relative ease. The lion truly is a marvel of power. With its large size and enormous build, one wonders how strong this mighty cat really is.

Lions are one of the most solid contenders amongst animals out in the wild. They have the ability to take down prey much larger than they are. If that weren’t enough, they also have the cunning to outsmart even the most cunning prey.

These large cats are among the most dangerous predators out there. Mathematically speaking, lions are around 7.5 times stronger than the average human.

This might not seem like much at first glance, but if you see the size of animals that this large cat can take down, it makes a world of difference.

Factors that Affect the Lion’s Strength

The lion’s size and weight are the most important factors affecting the animal’s strength.

The lion is the world’s second-largest cat after the tiger. Depending on the subspecies, a lion’s imposing height can measure up to 3.5 to 4 feet tall.

Another indicator of their strength is their weight which can reach up to 550 pounds for an adult male.

How Strong is a Lion’s Bite?

Of course, who could forget about the lion’s bite? Probably no creature would want to find itself on the receiving end of one of those.

The lion’s bite force dramatically depends on the big cat’s age and size. Most sources say that the lion’s bite can only generate about 650 pound-force per square inch (psi). This isn’t the strongest bite out there, but it can still cause quite a bit of damage.

The good news is that the lions’ bite force can improve as the amount of pressure that their teeth and jaw generate increases over age. Eventually, a fully matured lion can generate up to 1000 psi in a single chomp.

Male lions often possess much stronger bite forces than female lions despite the latter’s status as the primary hunters of lion prides.

To top it all off, the lion’s teeth are also certified weapons. They are roughly 3 inches long and can easily rip and tear through skin and meat. These pearly whites can even crush bones that get in their way.

How Much Can a Lion Lift?

Now, we know that the lion has a large build made possible by rather sizable muscles, but just how much power do those muscles hold?

The lion is so strong that it can lift over four times its weight. This is around 2300 pounds.

How Strong Are Lion’s Paws?

Aside from biting, lions swat, scratch, and hit with their paws. While these paws may resemble large kitty cat paws in appearance, lion paws are vital weapons in this big cat’s artillery.

A single paw swipe, punch, or swat from a full-grown lion can hit you with around 400 pounds. It is ranked as the third strongest paw swipe out of all the members of the big cat family.

Hits in the form of lion punches or paw swipes can be so strong that they can instantly kill humans if they are hit in the head.

If that weren’t enough, these paws come armed with razor-sharp claws. These claws have strength comparable to carbon fiber and can inflict great harm on the lion’s prey and perceived threats. Lions can also use them to scratch on tree trunks to mark their territory.

Who is Stronger: Male or Female Lions?

For starters, they are much larger and pose as much bigger threats to other lions and animals.

True, the female lions are in charge of hunting and keeping the pride well-fed, which takes a lot of energy and strength.

On the other hand, males are tasked with the overall defense and protection of the pride. This can be substantially more dangerous due to the nature of the threats; other lions, humans, and other predators.

If a lioness refuses to mate, she can also find herself quickly forced by the much stronger male lion.

Are the Lions the Strongest Among All the Big Cats?

While they are, no doubt, the king of the beasts, they are not the strongest among all the big cats.

Tigers can easily overpower the lion if they find themselves in combat. The tiger has a greater bite force than a lion as well as more muscular paws mainly due to its larger size and denser build.

Other cats, such as the jaguar, also stand a good chance at beating the lion because of their incredible power and a more substantial bite.

While the lions face off many prey, predators, and other perceived threats on their own with little to no problem, their true strength lies in numbers.

They are one of the only true social big cats that live in prides with populations varying from 2 to up to 40 lions. These lions live, hunt, and breed together to maximize their strengths and survival.

If you thought one lion was scary enough, imagine a group of 40 lions heading your way.

The strength of the lion is undoubtedly one of the greatest forces that nature has to offer. Their bite force, muscle strength, and paw power have rightfully earned them their reputation as the king of beasts.

While they may not be the strongest big cats, they certainly make up for it in their social behaviors as they gather in prides to maximize their already overwhelming power.