How Strong is a Cheetah? 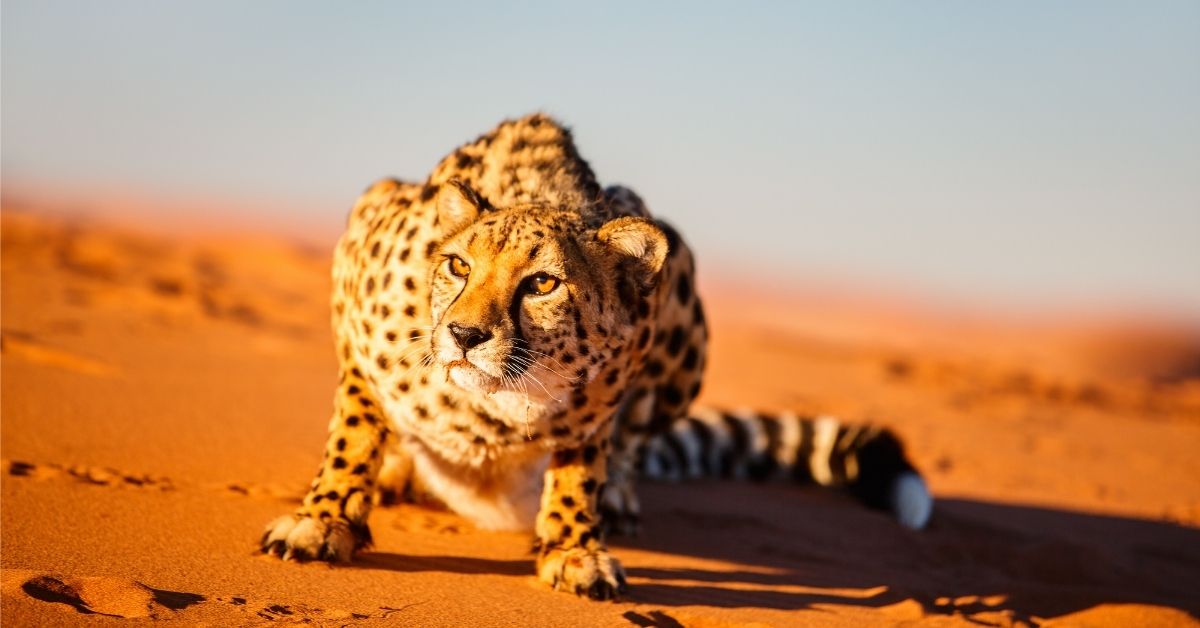 The cheetah’s trademark is certainly its speed and agility. They have certainly earned their title as the fastest land mammal, with speed reaching up to 81 mph. However, how do these speedy cats stack up in strength?

How Strong is a Cheetah?

Despite its small size, a cheetah holds incredible power in its thin, lean body. This power can overwhelm even some of the strongest animals out there.

However, this power is not expressed in physical impact. The cheetah’s ability is exhibited through its speed.

A cheetah can produce a whopping 100 watts per kilogram power output when running at full speed. This is much higher than what other animals can only hope to achieve and over four times the fastest man on earth.

This power output paired with the animal’s small frame is precisely what allows it to reach speeds that other animals can only dream of achieving.

How Strong is a Cheetah Bite?

Despite their small jaws and weaker teeth, the cheetah’s bite is still one of the most substantial bites among the big cats.

In the case of the cheetahs, their BFQ comes up at around 119. This is considerably stronger than some of the more fearsome and powerful big cats, namely: the leopard and the lion.

Is a Cheetah Stronger Than a Human?

If a cheetah and a human were to fight it out in a battle of strength, the human would most likely find him or herself at an incredible disadvantage against this big cat.

Cheetahs are not known to attack humans and typically avoid unnecessary contact with humans in the wild. In captivity, they tend to be affectionate and playful, often acting like big dogs in the presence of humans.

Because cheetahs humor humans so well, they can be misinterpreted as weak and unsuspecting. However, this is far from the truth.

Cheetahs are still among the mightiest predators in the wild. They can easily overpower and cause significant harm to humans if they get overexcited or feel threatened.

Can Cheetahs Take Down Large Prey?

Cheetahs have been seen to take down prey larger than themselves. However, this is not common due to various reasons.

Two, while they are capable of hunting larger prey, they usually require help. Typically it would take a small group of cheetahs to take down larger prey such as wildebeests.

Are Cheetahs Weak Compared to Other Big Cats?

The cheetahs have a comparatively lighter build and smaller muscles that do not have as much physical impact as other big cats’ muscles when used in combat.

In addition to that, they also have weaker jaws and smaller teeth that only add to their disadvantage.

But, they do have other strengths that can overpower those of other large cats.

The cheetah has a more intense bite force quotient than many of its big cat cousins. They are also extremely fast and can outrun even the most powerful and terrifying members of the Felidae family.

However, the cheetah is intelligent – even more intelligent than its cousins. Their outright strength matched with cunning can prolong a fight with another big cat. If the cheetah can hold on long enough, it can buy enough time and the opportunity to evade and escape whatever threat that may come their way.

Unfortunately, though, fleeing is the only chance the cheetah has of surviving an attack by one of the other big cats.

The cheetah is undoubtedly not the physically strongest creature out there. Still, it is an excellent example of how big things can come in small packages.

These cheetahs, despite their disadvantage in size and muscle mass, can still prove to be quite strong and have earned their reputation as one of nature’s most feared predators.