How Many Spots Does A Leopard Have? 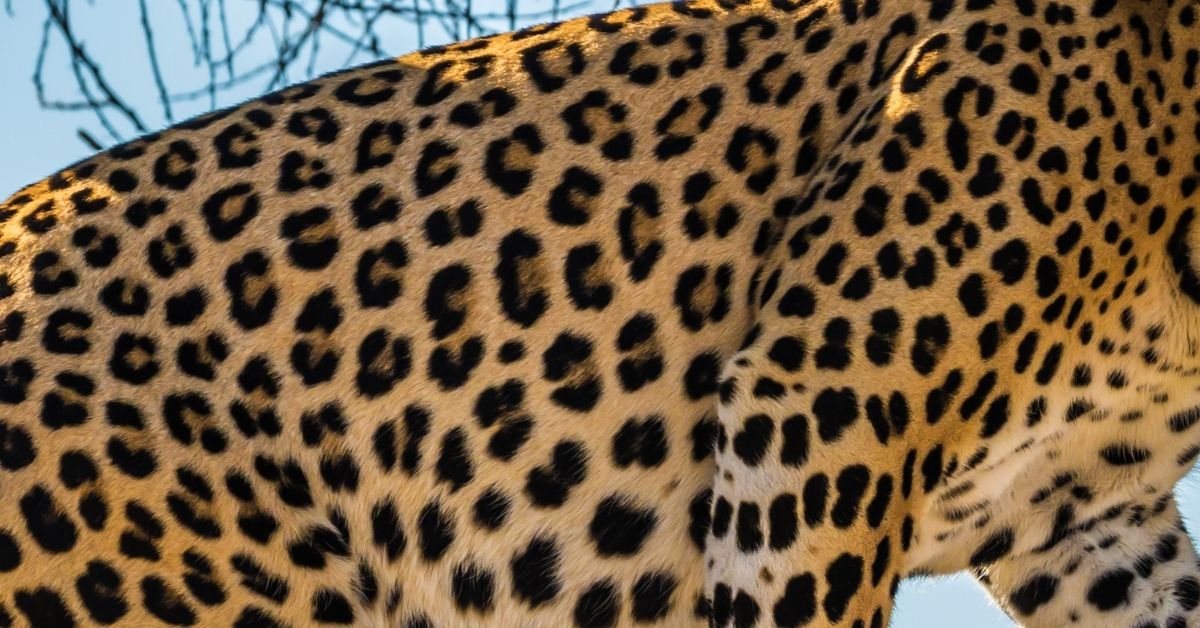 When leopards come to mind, one almost immediately thinks about their distinctive coat. This big cat’s unique pattern is so iconic that it inspired the legendary leopard print that remains a standard to many aspects this day.

These big beautiful spots are found everywhere on this big cat’s body that one does wonder: How many spots does it take to cover the entirety of the leopard?

A leopard’s spots are one of this big cat’s most distinctive features. These spots are also referred to as “rosettes” due to their rose-like shape and appearance. They have irregularly-shaped borders that are also extremely dark and contrast beautifully against the leopard’s creamy-yellow to orange-brown coat.

How Many Spots do Leopards Have?

While there is no sure-fire way to tell the exact number of spots there are on the leopard, they have an estimated 800 to 1200 spots on their bodies, with each leopard sporting its own unique number and pattern.

These spots are often likened to a human’s fingerprints, as no two leopards have the same number or appearance of spots. Depending on its mutations, subspecies, environment, along with a significant number of other factors, the leopards’ spots shape, size, number, and overall appearance may vary.

Why do Leopards Have Spots?

In the form of Rudyard Kipling’s famed Just So Stories “How a Leopard got his spots,” literature has stated that a leopard first got their spots because a hunter painted it on so it could blend into “speckly, patchy-blatchy shadows” of the forest.

While it may not have been a man who painted spots on the big cat, leopards indeed got their spots so they could blend into their environment.

Scientists have shown that big cats, such as leopards, develop their coats to blend in with their respective environments.

Leopards that live in denser parts of the forests and hunt later in the night sport thicker, complex, irregular markings that enable them to blend into their environment, allowing for added stealth in hunts and protection from threats.

How do Leopards Get Their Spots?

Leopards get their spots as a result of genetic information passed down from their parents and ancestors.

What many people don’t know is that leopards are actually born without spots. When they are born, leopard cubs’ coats appear dull grey with barely visible spots. Some appear to have no spots at all when they are born.

It is not until they slowly mature and their coats start to turn into the creamy yellow to orange-brown color that the spots start to darken into the distinctive rosette forms we know.

Can a Leopard Change its Spots?

Ahhh, the age-old question – can a leopard truly change its spots? The answer is no.

Research conducted by the Genetics Society of America has shown that specific molecular markers show up whenever a specific pattern manifests on the animal’s skin or fur.

And since one cannot simply edit one’s own genetic information naturally, it is impossible for the leopard to change its spots.

Are there Leopards without Spots?

It is hard to imagine a leopard without its dark spots. However, the black and white panthers would suggest otherwise. To be clear, these leopards do have spots, but their overall appearance makes them hard to distinguish, giving them a plain appearance.

The black panther is a term used to describe a melanistic leopard or a leopard who overproduces a pigment responsible for the black coloration of skin, hair, and nails.

These dark cats make up to 11% of the leopard’s total population and can be found in the forms of African leopard, the Indochinese leopard, the Sri Lankan Leopard, and the Indian leopard.

These leopards often exhibit dark coats that blend in with their supposedly dark spots, making them extremely hard to distinguish and giving the leopard an almost solid color.

These leopards are extremely rare and are often found in Asia, specifically in tropical and subtropical moist broadleaf forests.

On the other hand, the white panther is borne out of various conditions like albinism (The absence of pigment in the body) and leucism (loss of pigmentation).

These cats are considered much rarer than their black counterparts and are described to have creamy to snowy white fur with pale white spots.

These white leopards very rarely stay white their whole lives, though. In one case, a completely white leopard eventually switched up and turned black as it grew. One case also eventually developed grey fur with light-colored rosettes.

Leopard spots are iconic. They are so well-known that the term leopard pattern is used to describe various animals that are not even remotely related to the big cat because of their distinctive pattern.

While leopards have a significant number of spots around their bodies, the many varieties of these prints are equally astounding. They genuinely serve these leopards well in their varying habitats in different places in the world.

Indeed, there is more to the leopard spot than meets the eye.