How Many Spots Does A Cheetah Have? 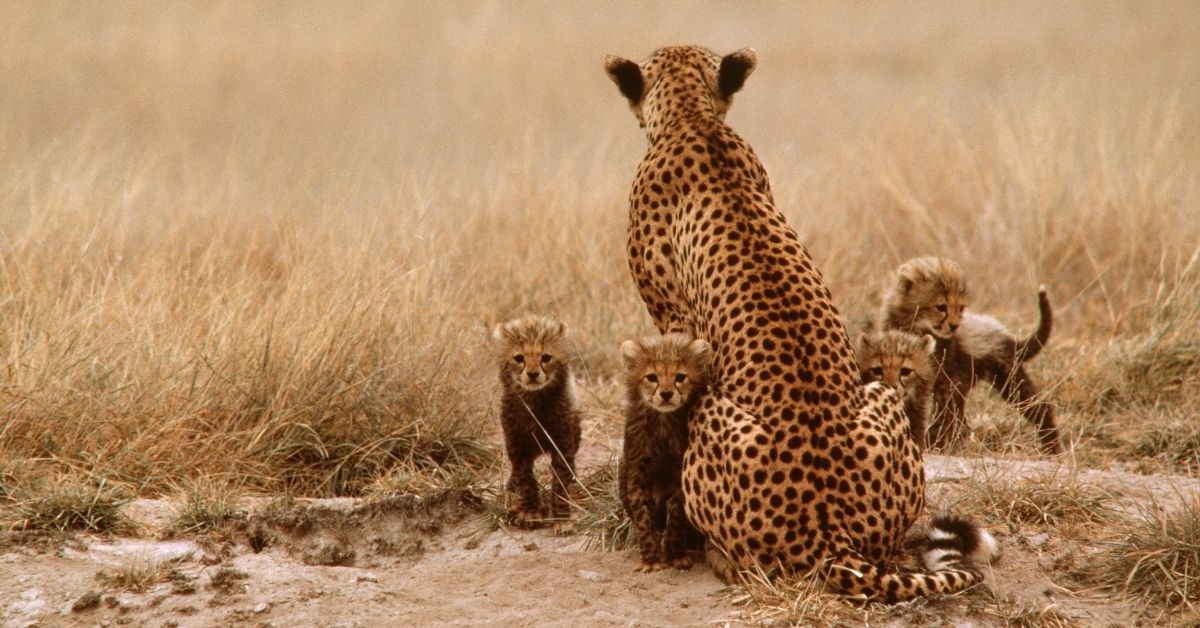 Cheetahs are known for many things; perhaps they’re most known for their speed and spots.

The cheetah is the fastest land animal in the world and is covered from head to tail in spots.

Do Cheetahs Have Spots?

Cheetahs have spots or what is known as a rosette. A rosette is a rose-like marking found on the skin or fur of animals. A cheetah’s spots runs from their face all the way down their tail until they reach the tip, where they turn into rings around the tail.

Spots cover nearly the entire animal; the only part that has no spots is the cheetah’s belly which is almost entirely white.

Unlike a tiger, which has its markings on its skin, the cheetah only has its spots on its fur. That means if you were to shave a cheetah, the spots would no longer be visible.

Each cheetah’s pattern of spots is unique to that individual cheetah, kind of like a human fingerprint; no two cheetahs have the same pattern. Scientists have used cheetahs patterns as a method to recognize individual cheetahs that they are monitoring.

How Many Spots Does a Cheetah Have?

On average, cheetahs have around 2000 spots. Each individual cheetah is born with an unknown number of spots, but the average is between 2000-2500.

As the cubs get older and grow larger, the spots start to space out, and they will develop a normal cheetah pattern that is easily recognized.

The cheetah does not gain any more spots as it ages, and its pattern does not change, except the spots will appear more spaced apart.

Why Do Cheetahs Have So Many Spots?

Cheetahs have so many spots for camouflage. Spots help cheetahs stay hidden in the long grass.

Cheetah’s spots are perfect camouflage for open plains and tall grass. If the cheetah were a solid color, it would be easily seen by both prey and predators.

This is because animals see differently than humans. By breaking up their body with spots, cheetahs can blend easily into the background. This also enables them to slowly stalk prey

This helps cheetahs in two ways.

Are there Cheetahs Without Spots?

Not all cheetahs have spots; on some very rare occasions, cheetahs can be born without spots.

Such was the case for one cheetah that was seen in Kenya in 2012. Instead of spots, this individual had tiny freckles along its back and could almost be mistaken for a lion.

Another lesser-known cheetah, the king cheetah, is also without spots and instead is camouflaged with blotches and stripes.

The average cheetah has between 2000-2500 spots covering most of its body.