How Many Black Panthers Are Left in the World? 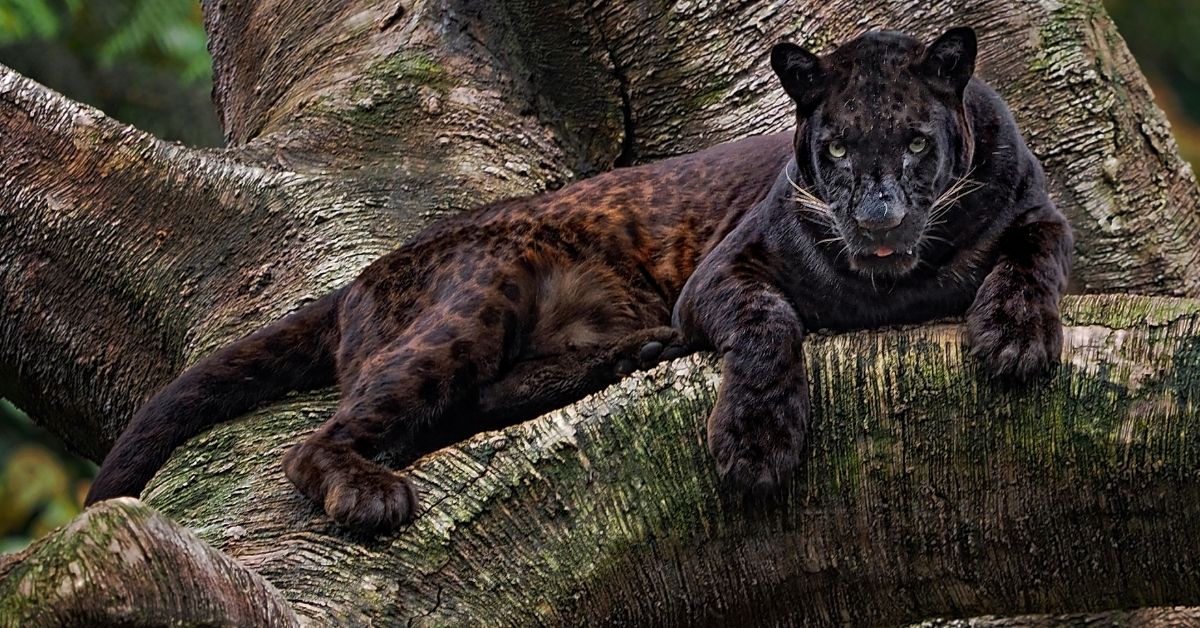 Black Panther is a term used to refer to big, black cats found in the wild. In reality, these cats are composed of melanistic varieties of the leopard and jaguar.

They are extremely rare finds and incredibly difficult to spot due to their dark coloration. Because they are so rare, many people ask: How many black panthers are really out there?

What Are Black Panthers?

These black panthers are products of the overproduction of melanin, the pigment in charge of the dark colors on living creatures’ skin, hair, and nails.

Because of this, they appear to possess completely solid-colored fur of black or dark brown. Some may show signs of their spots, but they are often generally indistinguishable from the rest of the large cat’s coat.

Panthers are not considered separate species and are composed mainly of leopards and jaguars. While other species have adopted the panther name, such as a variety of cougar, genetically speaking, the melanistic versions of the leopard and jaguar are the only actual versions of the Black Panther.

Number of Black Panthers in the World

Despite being made up of leopards and panthers, the number of black panthers in the world is few.

There is no specific number or estimate as to how many black panthers are there in the wild, but it is known that black leopards make up only 11% of their total population while there are only around 600 black jaguars in the wild.

These numbers, however, may not reflect the actual numbers because of the elusive nature of these big cats.

Where Can You Find Black Panthers?

Black panthers usually reside in tropical forests and forests with deciduous trees. However, these unusually resilient creatures have also been found to survive even harsh climates of deserts, mountains, and grasslands.

Black panthers are spread out in various parts of the world. The black leopard can be found in Africa and Asia, while the black jaguar’s territories usually expand throughout Central and South America.

Why are Black Panther Sightings So Rare?

Seeing a black panther is extremely rare not only because of their small numbers, black panthers are also generally very shy and can easily mask themselves in their surroundings.

They are considered nocturnal beings – meaning they come out at night – and their dark coats render them almost totally invisible, making sightings of black panthers genuinely hard to come by.

Panthers are also solitary beings and only meet with other panthers during mating season, making them even harder to spot as they are almost always alone.

Black panthers, much like their original species, are considered endangered species. Their dwindling numbers continue to decrease as time goes by due to various threats that these panthers face.

Humans are one of the greatest threats to the survival of the Black Panther.

First, illegal hunting plays a significant role in their diminishing numbers. Due to the rarity of these black panthers, they are considered to be prize trophies by sport hunters.

They are also hunted down for traditional medicinal purposes as well as the production of various products.

Second, many leopards and jaguars tend to move closer to human settlements and hunt livestock during times wherein their usual prey is unavailable or hard to obtain. This can lead to retaliatory attacks by the humans that kill the panther.

Third, the continued increasing population of the human race and the rapid urbanization that comes with it can lead to the invasion and minimization of these panthers’ natural habitats.

This occurrence allows for their poor survival due to lack of resources and increased risk of being gunned down or hunted.

Panthers who reside in the same place as lions can unintentionally find themselves in competition with the larger cat for resources such as food.

Lions are considered extremely territorial beings, and the presence of another predator on the same territory can set it off. This can lead to the lion attacking the leopard and killing it off to ensure the security of its food and other resources.

While hyenas do not usually go after the big cats, they occasionally try to fight the latter for their kill or other resources.

Panthers are generally stronger than the hyena and can kill the latter off without much difficulty should there be a one-on-one fight.

However, panthers are solitary creatures while hyenas travel in packs. If the panther suddenly finds itself surrounded by hyenas, it can get overwhelmed and overpowered by the sheer number of its attackers.

Hyenas are generally among the fiercest predators, and packs will not hesitate to kill off competition to secure their territory.

The rapid clearing of the panther’s forest habitats to make way for agriculture, construction, manufacturing, and obtainment of wood, among other reasons, produces a significant threat to the panthers’ survival rates.

This can lead to the panther’s lack of resources such as food and territory to survive and spur competition with other predators due to their proximity leading to conflict, attacks, and deaths.

Conservation Efforts for the Black Panther

As a result of the combination of the endangered statuses of both species as well as the uncommon nature of their appearance, multiple efforts are currently being done to preserve and increase the population of the black panthers.

As of today, many laws and regulatory bodies have been set in motion to prevent the illegal killings of these panthers whether they be for sport or preemptive attacks to protect livestock.

Efforts to increase population are also in place but have proven tricky due to their rare nature. To add to that, either leopards or jaguars must possess the gene responsible for this big cat’s unique coloring in order to produce a black panther.

Lack of information, education, and documentation regarding the black panther has also proven to be quite the obstacle.

The good news is that researchers have taken more notice of this unusual creature in recent years and are developing methods to better accommodate conservation efforts and get the story of the black panther out there.

The black panther is truly one of the most unique creatures found in the wild. While its rarity does add to its appeal, we cannot ignore that these majestic creatures are facing a very real risk of extinction.

While their numbers continue to shrink every day, they are not extinct yet. With great efforts to preserve these creatures’ lives and habitats, we may increase their numbers and will not need to ask ourselves how many black panthers are left in the world.