Do Snow Leopards Have Predators? 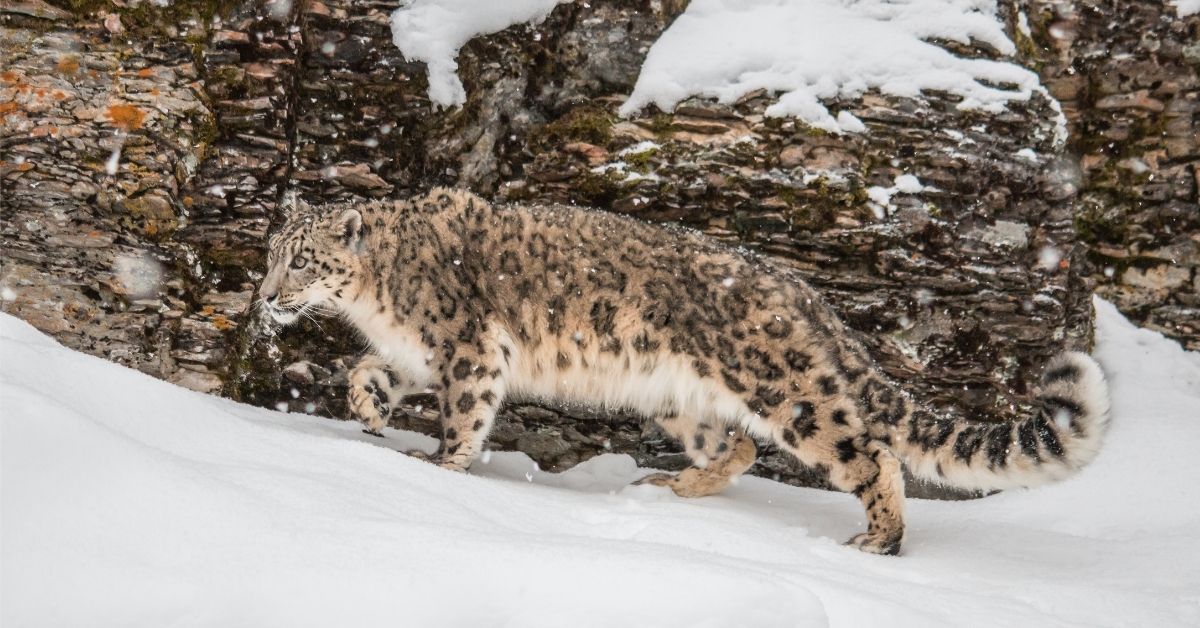 Snow leopards are one of the smaller large cats, and if faced off with any of its larger relatives it would have quite a challenge on its hands. Yet snow leopards have so few predators, in fact, it has no natural predators, so what predators does a snow leopard have then?

Do Snow Leopards have Predators?

Snow leopards are apex predators in their habitat and have no natural predators. However, due to the human population increasing and encroaching onto snow leopard habitat, these once undisturbed felines have garnered some unnatural predators, such as humans and feral dogs.

In normal circumstances, snow leopards rest at the top of the food chain and can go about their day without the threat of being hunted.

However, in extremely rare circumstances these big cats can be preyed on by other animals, and even humans, for various reasons.

Snow leopard cubs are usually the ones most susceptible to these kinds of attacks due to their smaller size, slower movements, and overall more vulnerable state. Yet, attacks on adult snow leopards still aren’t as uncommon as one would think.

The most prevalent and well-known predators of the snow leopard are humans. These wild cats are known to be quite the trophy due to their rare nature and are usually hunted for the following reasons:

Regardless, many poachers continue to illegally hunt and kill these big cats to sell them to the black market. Human participation is largely why these beautiful creatures remain endangered.

Despite several laws and arrests made in line with the illegal killing of the snow leopard, humans preying on these animals among others still remain quite the problem.

There have been many sightings of feral dogs, both alone and in packs, attacking the snow leopard in an attempt to deprive the latter of its fresh kill.

While the snow leopard can easily overpower one feral dog, a group or a whole pack can prove to be quite the challenge leaving the snow leopard no choice but to attempt to flee or fight them all.

These types of attacks are considered extremely rare but are growing in frequency. Still, this is included as one of the many challenges the snow leopard can experience in the wild.

How Snow Leopards Protect Themselves

The snow leopard’s status as an apex predator apparently does not completely protect it from facing threats. However, these feisty felines are also not without their defenses. Snow leopards protect themselves using various tactics:

Why Snow Leopards Don’t Have Many Predators

Aside from the fact that they rest on the top of the food chain, these cats are also elusive in nature. This combined with their natural strengths among the reasons listed below makes it extremely hard for them to become prey.

Usually, these strong, dominant animals only find themselves hunted down or at the risk of harm whenever there is an attack of retaliation, competition for resources, or infiltration of territory.

While snow leopards are considered to be at the top of the food chain in nature, they are not immune to threats. This is evidenced by their dwindling numbers and endangered status.

The good thing is efforts are currently being made to protect and preserve the numbers of these majestic creatures and allow them to live their lives in the wild in peace.

While we cannot completely eradicate all the predators of the snow leopard, we can make laws, initiatives, and efforts to put an end to their illegal killings.