Do Seals Have Fur? (Explained) 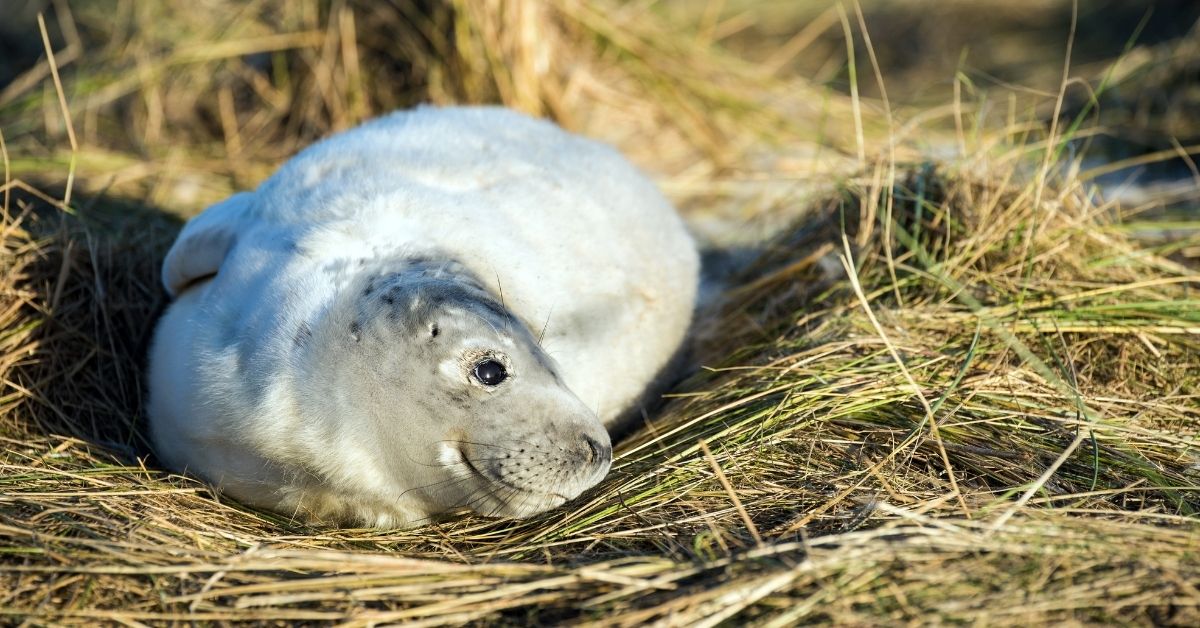 Seals are among the most popular as well as the most adorable creatures that reside in the cold Arctic.

This environment exhibits harsh cold temperatures that can quite literally send chills up one’s spine. To survive this, seals exhibit several layers of insulation.

While many may not know it, among the seal’s many layers of insulation is a coat of fur.

Do Seals Have Fur?

While it may not be obvious due to the eternally slick, wet look they get from constantly swimming in cold waters, seals do have fur.

This provides them with a layer of protection from the harsh temperatures of their environments.

When wet, this fur appears almost indecipherable as it exhibits a sleek and solid appearance. However, dry seals can appear fluffy and almost bear-like.

What are the Functions of Seal Fur?

Seal fur functions as a form of filter that protects its body from the cold.

Their fur appears barbed and functions by basically trapping air and allowing the body to maintain its internal temperatures, keeping the animal warm and protected from the icy weather of the Arctic.

On land, seals also use their hair to lock in moisture. This prevents these semi-aquatic marine animals from the damaging effects of dehydration from prolonged exposure to dry land.

Seal fur and skins are such highly sought-after materials that they are among the reasons seals are continuously hunted by aboriginal communities, notably the Inuit community.

These communities utilize seal fur to create garments and other items to protect them from the cold weather.

Currently, seal skin and fur are also used in the fashion industry while also serving functions in home décor and other areas.

How Many Layers of Fur Does a Seal Have?

The amount of fur a seal has greatly depends on what kind of seal you are referring to. Seals can have up to two layers of fur while others exhibit only a single thin layer of fur.

True seals are scientifically known as Phocidae. They are also known as earless seals because they do not have an external ear and instead depend on tiny holes on the sides of their head to detect sound both underwater and on the surface.

These seals appear slightly more leathery because they only have one thin layer of barbed fur. These blubbery creatures instead depend on the thick layers of fat to provide them with the insulation they need to survive the cold.

Fur seals, on the other hand, gained their name because of their extremely furry appearance. These seals were initially dubbed “sea bears” due to their resemblance to bears on land.

There are 8 different species of fur seals that are contained in 2 genera, namely:

These species can be found scattered in all different parts of the world including the Antarctic, South America, New Zealand, and various other locations.

These creatures are so hairy that they can have as much as 300,000 hairs per square inch and have two layers of fur: the guard fur and underfur.

The guard fur is the fur seal’s outer layer of fur. The barbed hairs on this layer of fur are usually longer and darker and function as water repellants that keep the inner layers of the fur warm and dry.

It is this mechanism that allows seal skin to remain dry even when they are fully submerged in the water.

In contrast, the underfur is the lower layer of fur and usually exhibits shorter, lighter, waterproof hairs. This layer is characteristically denser than the upper layer of fur and is greatly responsible for trapping air and keeping the seal warm and dry in the Arctic’s extremely cold temperatures.

Are Seals Born With Fur?

Seal pups already exhibit fur from the moment they are born. Depending on the species of seal, the pup can exhibit either snow-white fur or black-brown coats.

The coats of snow-white pups are called whitecoats. This type of coat is usually found in those born in the North Atlantic or Arctic regions.

Their coloration allows them to blend into their snowy surroundings thus hiding them from potential predators.

Seal pups with black-brown coats, on the other hand, are typically fur seal pups.

Like the whitecoats, their dark color scheme allows them to better protect themselves from threats by camouflaging against the boulders of their rocky environment.

Regardless of color, seal pup fur allows these baby seals to absorb sunlight and keep themselves warm as they do not have the necessary blubber for insulation yet.

They usually shed their fur around three to four weeks after they are born.

Unlike humans and other animals, seals do not have the ability to continuously grow new hair or fur. Instead, they spend a season shedding their old fur and replacing it with new fur.

The inability of seals to grow new hair at a constant rate is largely due to the reduction in blood flow to close to the skin when the seal is submerged in water — also known as the dive reflex.

It is this reflex that allows them to stay in the water longer by maintaining normal blood oxygen levels.

While this reflex allows them to remain in the water, it hampers their hair growth. So, to make up for it, they spend time on dry land to allow blood to flow near their skin again and grow new hair.

It is during this time that they also go through molting or the shedding away of old fur to make way for the new hair growth.

Usually, seals that go through this process may appear ratty, but they are otherwise fine.

Each seal will usually stay on land for up to a whole month to shed away all the old fur coats and replace them with newer, shinier hairs.

This process is done once a year and usually occurs during the warm spring and summer months.

It might be hard to tell because they are always wet, but seals do have fur. Thanks to this “secret” covering, they are able to blanket themselves and keep themselves dry to survive the harsh temperatures of their extremely cold habitats.