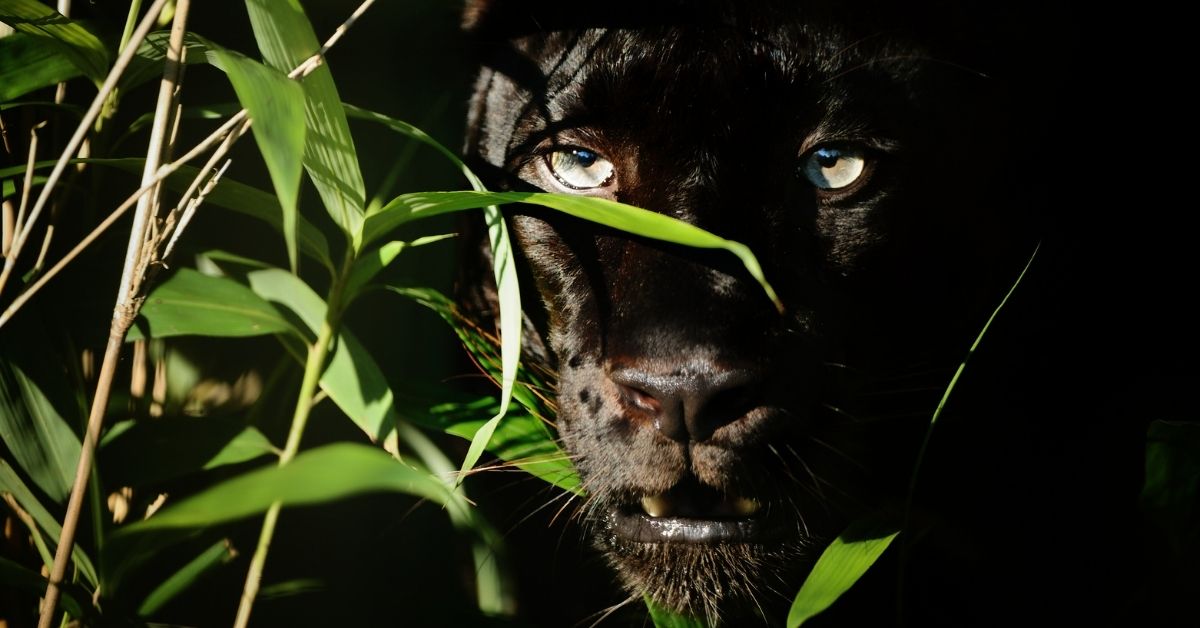 Panthers are majestic wild cats that reside in various parts of the world. Some of them reside in the jungles of Africa and the wilds of America. At the same time, others can be found in areas of rapid urbanization, such as in India and Nepal.

Given their extensive habitats and proximity to human communities, can these panthers stand as a threat to humans?

The term “panther” is generally used to refer to big, black cats. These cats are usually jaguars and leopards that are melanistic. This means they overproduce melanin, the pigment responsible for dark colorations, leading to their coats’ complete, almost solid, dark, or black appearance.

“Panther” can also refer to a type of cougar or mountain lion found in North or South America. These “panthers” are not as popular and lack the dark coloration that the other panthers do.

Though they are not as commonly known as their black counterparts, white panthers also exist in the form of jaguars, cougars, and, most commonly, leopards. However, they are extremely rare – even rarer than their black peers.

Regardless of which one comes to mind, Panthers do not attack humans for the most part. Humans are not their usual prey. These big cats tend to stay away from humans and only attack, if ever, during extreme circumstances and cases of mistaken identity.

There has been only one record of a Florida panther attacking a local hunter in Lake Wales in recent years.

However, this attack was not confirmed as the man who reported it chose to do so three weeks late, and all data and proof they could have gathered regarding this attack had already been erased or healed.

The frequency of leopards attacking humans depends on the location and time. While leopards are generally wary of humans and do their best to stay away, harsh situations such as the lack of usual prey, retaliation, and even self-defense can force the leopard to attack humans.

Leopard attacks on humans are more common in areas such as India and Nepal, where areas undergo rapid urbanization that affect and threaten the leopard’s natural habitat. Attacks also occur in Sri Lanka, Zambia, Somalia, and South Africa but in lesser frequencies.

Jaguar attacks on humans are considered the rarest cases of big cats attacking humans in the world. True, they were once greatly feared by the Spanish conquistadores, but this has long changed.

The jaguar holds the least risk of coming up and attacking humans out of all its big cat cousins. They usually ignore humans in favor of their usual prey, such as the capybara, and only act violently towards the former in situations where it feels threatened or cornered.

Are Panthers Scared of Humans?

Panthers are wild animals at the top of the food chain, so they do not have much to fear. However, humans remain the common link between all panthers because they pose the most significant threat to panthers’ existence.

Humans invade their habitats and territories, hunt them for various purposes, and sometimes even steal what little food and other resources they have. While they might not technically fear humans, these actions threaten the panthers’ safety and survival, thus leading them to avoid essentially interacting with humans.

What to Do During Encounter with Panther

Panther attacks are incredibly unusual events. However, they are not impossible.

In case of a panther attack, one should keep the following information in mind:

For the most part, panthers are not a significant threat to humans living around them. In truth, humans are bigger threat to panthers’ survival with all the hunting and invading of their natural habitats.

On our part, let us do our best to give these animals space to live and thrive so that they may be able to survive and go about their days in peace. This also protects us, humans, from attacks possibly brought on by the wrath and retaliation of these solid and majestic creatures.