Do Leopards Live in the Jungle? 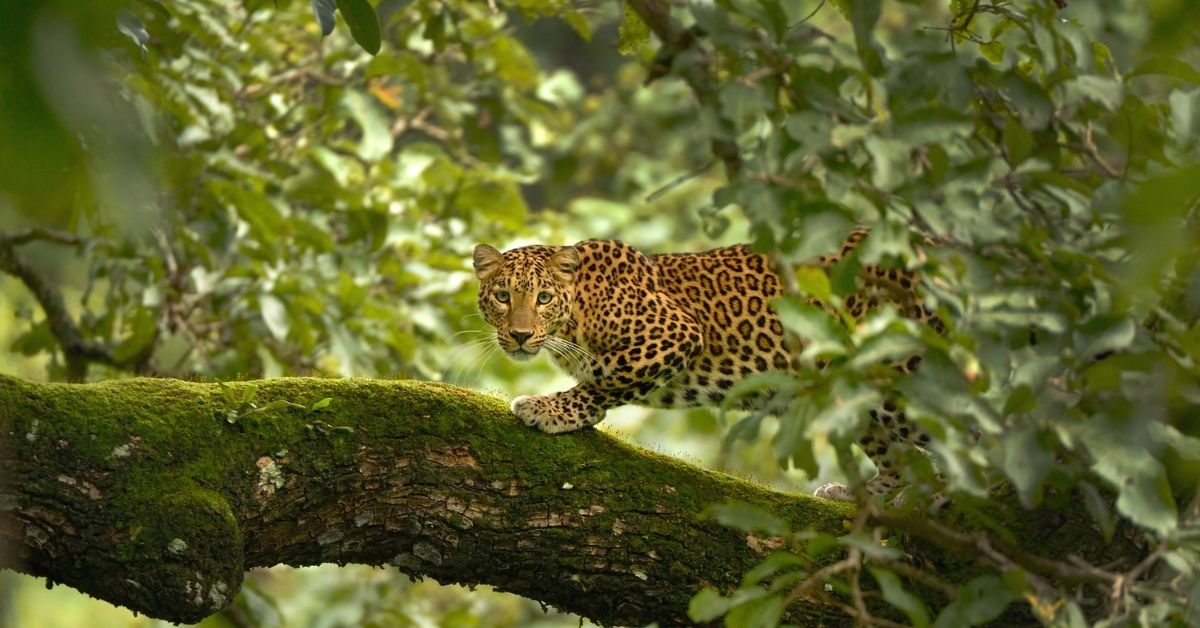 Out of all the big cats, the leopard is probably the one with the most widespread distribution, with different species occupying distinct environments. That said, the jungle is home to many animals. Could it be possible that it could also be home to the mighty leopard?

Leopards can be found in various habitats such as savannas, rainforests, swamps, mangroves, scrub forests, and jungles.

In general, leopards are found in various areas of Asia and Africa, where they can encounter different climates and environments. To name a few, these areas include China, India, Russia, Zimbabwe, Sri Lanka, and Sub-Saharan Africa.

Aside from the jungle, the leopard boasts great versatility and resilience. It can also survive in various habitats and environments, including deserts, woodlands, mountain ranges, and coastlands.

The best example of a leopard residing in the jungle would be the Javan leopard.

The Javan leopard or Panthera pardus melas is a subspecies of leopard that is only found on the island of Java, Indonesia.

These leopards are extremely rare sights found only in the jungles of Java and are currently categorized as critically endangered on the IUCN Red List because of loss of habitat and poaching.

Adaptations of a Jungle Leopard

Given that the leopard is exposed to various climates, it would be logical to assume that this majestic beast has formed different coping and survival mechanisms, that are created depending on where it lives.

While they are both of the same species, the jungle leopard and leopards who live in other areas and climates may act and go about their day in very different ways.

Leopards are apex predators, and, as such, they have their pick of the best prey that their environments have to offer.

The jungle leopard’s diet is comprised of birds, monkeys, deer, antelope, and baboons.

They can also take down larger prey (even larger than themselves!). Leopards usually drag them up to a tree to protect their kill from other scavenging or opportunistic predators and eat in peace.

The leopard’s high success rate can be attributed to its great stealth. One of the reasons the leopard is one of the sneakiest, stealthiest predators is its talent for camouflage.

Jungle leopards and other leopards who live in dense, lush growth often exhibit coats with a deeper yellow coloring. This coloring allows them to blend in better with the dry grass found on the ground.

In addition, the leopard’s trademark deep black rosettes also aid in this big cat’s ability to shroud itself in its surroundings.

It is unknown whether this is an adaptation technique or simple circumstance, but it has been found that particular colorations are more commonly found in leopards that reside in thick, lush forests such as the jungle.

Melanistic leopards, justly referred to as black panthers, appear as if they have solid black or dark brown coats due to the increased production of the melanin pigment.

Don’t be fooled. These leopards still have their spots. They’re just rendered almost invisible or indistinguishable from the rest of their coat due to its dark color.

This abnormal coloration is caused by a recessive gene that causes the excessive production of melanin. Both parent leopards need to be carriers of this gene for the leopard to exhibit this coloring.

The dark coloration of these leopards allow them to blend in with their surroundings better when hunting in the dark. In fact, it renders them almost invisible, adding to their already inherent stealth.

Rightfully named because of their cloud-like spots, these “leopards” aren’t exactly a type of leopard per se. They are not members of the Panthera genus. Instead, they gained their leopard title because of their unique spots and shared subfamily.

They have tawny to tan-colored coats with cloud-shaped spots. They are only found in dense, thick, lush forests such as jungles and rainforests.

Not much is known about this mysterious big cat aside from the fact that they are among the best climbers. They even have the ability to suspend themselves upside down by their paws and sharp claws.

They continue to be one of nature’s greatest enigmas due to their decreasing population and elusive ways.

Threats to the Jungle Leopard’s Habitat

Despite their excellent survival skills, these leopards are still considered endangered species due to various factors:

Leopards can be found in the jungle, among many other habitats. These large cats have a fantastic ability to adapt and adjust to better survive in the habitat they live in. They also possess many skills such as tree-climbing and stealth that aid them in the jungle.

However, regardless of habitat, their numbers are still under significant threat due to habitat loss and the proximity of their jungles to human settlements.