Do Cheetahs Live in the Jungle? 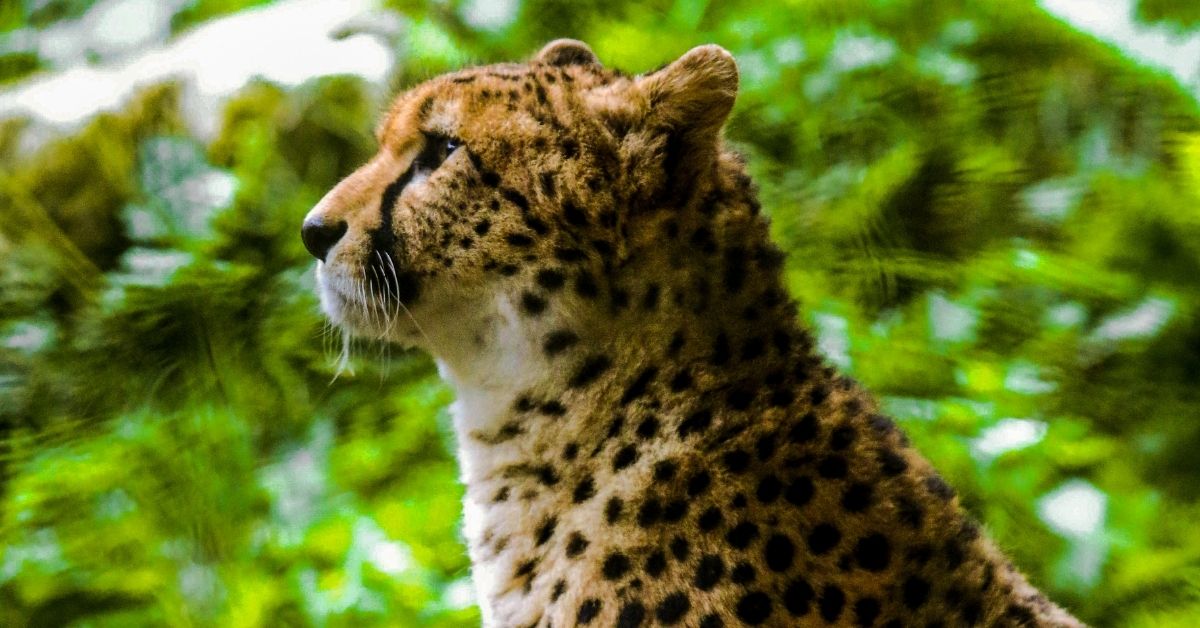 The jungle, or the rainforest, is home to a broad spectrum of wildlife. These can include wild dogs, antelopes, rhinos, and numerous birds. If you’re lucky enough, you can even find a large cat roaming these thick, lush forests; a spotted cat, to be specific. This leads to the question: Do cheetahs live in the jungle?

Where Do Cheetahs Live in the Jungle?

Cheetahs live in a variety of different habitats, but, unfortunately, they do not live in the jungle.

They are mainly found in eastern and southern areas of Africa and close to the Sahara Desert, where open plains and grasslands dominate the land area. These areas are also known for their dry climates and low humidity.

Currently, Namibia is the country that houses the largest population of cheetahs.

These large cats can also be found in desert regions in Asia, such as the eastern half of Iran. They were also believed to be extinct in India but stand a chance at repopulation due to conservation efforts in those areas.

Why Don’t Cheetahs Live in the Jungle?

Despite its excellent survival skills, the cheetah would find itself in quite a pickle if it did live in the jungle, as most of its activities and strengths greatly rely on the landscape it occupies.

Cheetahs are known for having bodies built for quick movements and running at incredible speeds. Because of this speed, it can hunt its prey and successfully take them down.

If a cheetah were to attempt to use this hunting style in the rainforest, it would be significantly slowed down by the thick growth and other obstacles it may encounter while chasing down prey.

Cheetahs may also find it hard to chase down prey who retreat to the trees due to their limited climbing abilities attributed to their semi-retractable claws.

While the jungle and the cheetah don’t necessarily mix, the cheetahs have existing habitats that allow them to unleash their prowess fully.

Cheetahs prefer living in open ranges such as grasslands, savannahs, deserts, and grassy plains with just the right amount of vegetation that allows them to roam free.

The humidity of these areas provides the dry grass and shrubbery allow the cheetah to stalk prey without being spotted and move around without restriction or hampering its speed.

Other vegetation such as trees, dense bushes, and the like also provide the cheetahs with safe areas to take refuge, rest and hide their cubs.

Cheetahs are also not the most adaptable creatures. While most animals move to better-fitting climates during the changing of the seasons, the cheetahs will have trouble relocating.

This creates a need to find a habitat that will fulfill the cheetah’s needs for food and shelter throughout the seasons.

The cheetahs’ conservation status is currently listed as vulnerable by the International Union for the Conversation of Nature (IUCN) Red List of Threatened Species. There are currently calls to change it to “Endangered,” primarily due to the creature’s dwindling habitats mainly caused by humans.

For one, their once open, free land has now been fenced to protect the animals and growing human settlements surrounding them from each other.

This can prove challenging for a lot of animals, including the cheetah, as it limits its once seemingly endless range for running and hunting.

The establishment of growing agricultural projects can also put the cheetah in close contact with local farmers and create competition for space. This situation can generate conflict between both parties leading to heated confrontations that risk the lives of both.

However, farmers and cheetahs have been found to successfully coexist so long as the humans learn the cheetah’s day-to-day activities and change their own practices to adapt.

Why Do People Think the Cheetah Lives in the Jungle?

Many animals can be found in the jungle; however, the misconception of cheetahs living in the jungle can come from the presence of another spotty cat — the leopard.

The leopard can reside in various habitats, which can sometimes overlap with the cheetah’s territories. However, it does prefer and thrives better in jungles, forests, and mountainous terrains.

Because their terrains sometimes overlap, the two cats can be confused and misidentified as the other. This can lead to some people thinking that the spotted cat found in the jungles are cheetahs when they are really leopards.

The jungle is home to many different animals. However, the cheetah is not one of them. These large cats prefer dry climates that the jungle cannot provide as well as areas with open fields that allow them to live, hunt, and run freely.

However, these habitats are at significant risk due to expanding human settlements imposing on their areas and endangering these fierce but fragile wild cats.