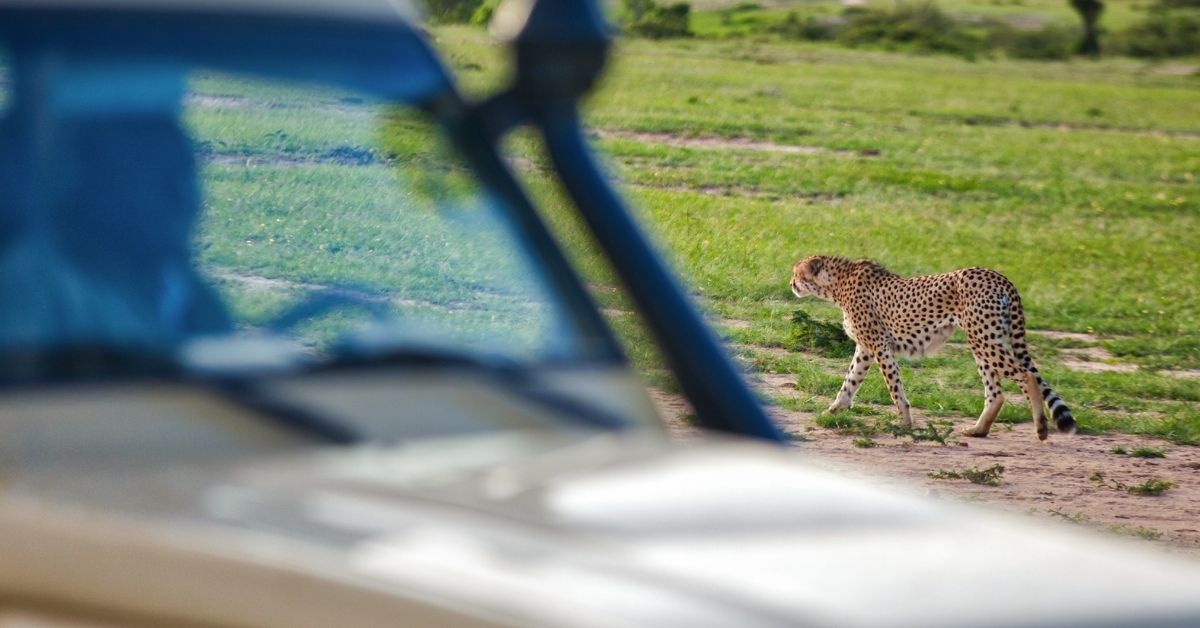 Cheetahs are aggressive predators that can quickly snatch and kill prey with their unmatched speed and agility. Despite this, they exhibit a more docile behavior than other big cats. They have developed a somewhat tamed relationship with humans. Could this mean that the cheetah holds no threat to a man?

Can cheetahs attack humans? Yes. Do they do it often? No.

Cheetah attacks have not been documented to occur in the wild. However, there have been numerous reported attacks involving cheetahs in captivity.

These involve hyperactive cheetahs getting a little bit too excited when playing with their trainers, cubs acting out against their owners, and the like.

These “attacks” can be attributed to all the cheetah’s pent-up energy due to not getting as much exercise as it should. Cheetahs are used to running around in wide, open spaces that captivity cannot provide.

Cheetahs are also shy and not as aggressive towards humans as other big cats are. However, this does not eliminate the possibility of them causing serious harm to a threatening human.

To date, there aren’t any documented cases of cheetahs eating humans. Cheetahs are one of the very few big cats that do not tend to turn into man-eaters.

Man-eater is a term used to describe an animal that develops a taste for human flesh. These animals then turn to pursue and actively hunt humans as a source of food.

Relationships Between Cheetah and Humans

Cheetahs and humans have a long-standing and well-documented close relationship. For centuries, cheetahs have served as close companions to humans and have influenced various aspects of their lives.

During 16th to 11th centuries BC, these big cats served as pets for royalty in Ancient Egypt. Their owners fixed them with leashes and collars and cheetahs became symbols associated with wealth and power.

To this day, cheetahs remain great symbols of affluence and prosperity. They are highly sought after by wealthy people in the Middle East and other parts of the world to keep as house pets. A practice that, unfortunately, has significant diminishing effects on existing cheetah populations.

Cheetahs were also used as hunting companions. First, hunters would send over dogs to get the prey out of hiding and direct it to a more open, controlled location. Afterward, the cheetahs would be released for the kill.

Humans can also easily tame cheetahs for other purposes such as captivity for commercial display due to their docile nature and low tendency to show aggression or harm towards the handler.

Are Cheetahs Scared of Humans?

Cheetahs have often been described to show fear towards humans.

Due to various practices, humans are one of the biggest threats to the cheetahs’ population. These practices include illegal hunting, black market trading of live cheetahs, rapid urbanization invading and shrinking their habitats, and so on.

Generation after generation, the cheetah’s existence has been threatened by humans. As a result, these animals developed a fear or sense of unease, to say the least, for humankind. They often go out of their way to avoid contact with humans at all costs.

While there may be a chance that cheetahs may not be necessarily scared, they have more than enough reasons to avoid humans altogether.

While these big cats may be feared predators in the wild and exhibit unpredictable tendencies due to their speed and energy, humans stand a good chance of escaping them and even overpowering them should attacks happen.

The bodies of cheetahs are built for speed; thus, their muscles are more focused on those rapid bursts of movement as opposed to power, and somewhat sacrificing their strength.

Many humans who have been on the receiving end of a cheetah attack have found themselves able to fight back.

However, it is essential to remember that these animals are still powerful predators and can still cause severe injury and possible death to humans. Hence, it’s best not to go looking for a fight against this mighty beast.

How to Avoid Cheetah Attacks

The best form of protection against the cheetahs will always be prevention. To best avoid throwing down with one of nature’s most fearsome predators, best keep the following tips in mind:

If in case you do find yourself standing up against a cheetah, do not run away. Call for help and stand your ground. The situation may be terrifying but asserting your dominance over the cheetah may end up with this wild cat leaving you alone.

If the cheetah does decide to pounce and attack, fight back and hit them in the snout, stomach and eyes with your fists, feet, or whatever weapon you can get your hands on.

Worst comes to worst, you can also try to play dead. At this point, they will most probably sniff around you and leave you alone.

Cheetahs and humans have been able to establish a somewhat peaceful relationship for the most part, with the former being little to no risk to human life whatsoever. However, this doesn’t mean that they aren’t to be feared.

While they may not attack humans, you have to respect that they are still one of the most terrifying predators ever to walk the wild.