Can You Own a Cheetah? 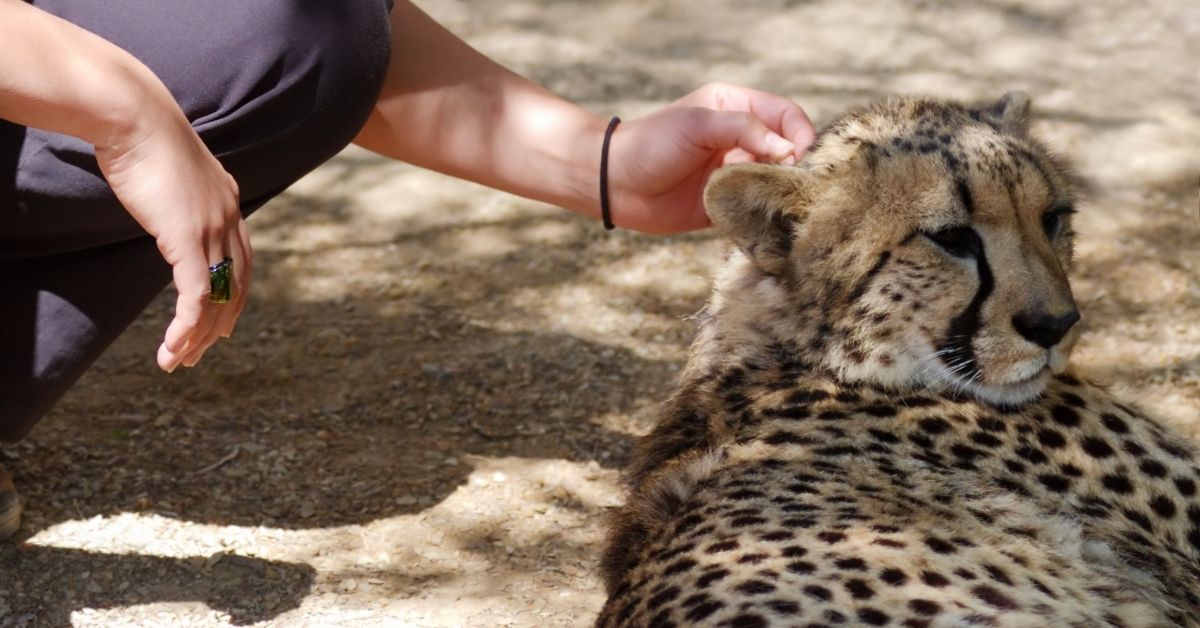 Cheetahs are among the most popular members of the big cat family. While they are solid and ferocious predators, they are also more docile and mild-tempered, which led to many people taking them in as pets.

Keeping a wild animal as a house pet sure would be exciting, but can one really keep a wild cheetah?

Keeping a Cheetah as a Pet

First and foremost, you need to check in with your country or state’s regulatory bodies regarding laws in place regarding keeping an exotic pet such as the cheetah.

Will you be able to take it out of the house? Will you need special insurance and permits?

Second, are veterinary offices available in your area that can treat your cheetah should the need arise? Your cheetah is very much a living being and will get into some scrapes now and then. It is vital to make sure that a trained professional will be around and handle these cases.

Third, are you financially and mentally capable of caring for such an exotic pet? It is crucial to remember that while cheetahs are mild-tempered cats, they still are wild animals.

If they do not have enough food, space, or exercise, they may act out and destroy properties or attack others, placing you and the others around you at risk.

Which Places Keep Cheetahs as Pets?

Cheetahs are popular pet choices in the United Arab Emirates and other Gulf countries. Even some of the wealthiest people in the United States keep cheetahs as exotic pets.

While the cheetah is frequently considered a status for wealth and power, some people take them in to assist in conservation efforts.

Which States Can You Own a Cheetah?

Again, before getting your own cheetah, you might want to check with your state’s regulations regarding owning exotic pets. Certain states may require you to obtain special permits while others may ban your pet altogether.

See the table below for guidance.

How Much Does It Cost to Own a Cheetah?

Owning an exotic pet, and a cheetah – of all things, is a very expensive venture. Prices for the cheetah can start from $1,000 and reach skyrocketing prices of up to $20,000 depending on the market.

Females cost more because they are valued for their superior hunting skills. The next most expensive type are the cheetah cubs usually taken at two weeks old.

Once you’ve obtained the cheetah, you should expect to pay up to another $50,000 for facilities, food, and veterinary expenses to keep the cheetah healthy.

Keeping a cheetah is often associated with a sign of wealth and status. This is mainly because not only does it take an insane amount of money to obtain the cheetah in the first place, it is also crazy expensive to maintain. It can also be very emotionally and mentally taxing on the people involved.

Here are some things to keep in mind when keeping a cheetah:

Of course, you cannot shop for small antelope in the market, so one might have to get a bit creative with meat and dietary supplements designed to cater to the cheetah’s needs and prevent illness.

You cannot just keep the cheetah on a leash like other household animals. This cat was made to roam the savannah, not sit tight in a cage.

The cheetah, of course, needs to be taught how to behave amongst its owners and other humans. On the other hand, the owner needs training regarding handling his or her new pet to assure his or her safety and those around them.

This means that owners need to consider that the cheetah may develop various diseases in his or her care and must provide for the treatment required to help this animal fully.

Dangers of Having Cheetahs as Pets

Some people opt to get cheetahs as pets because they believe that it would assist in maintaining the already dwindling population of this big cat. However, most people go into it without knowing how to honestly care for the cat putting the already endangered species at even greater risk.

For one, cheetahs are often illegally obtained from their natural habitats. These cheetahs often have to get involved in severe harm to subdue it enough for transport. Cheetah cubs often die before making it to their destination due to malnutrition.

Along the way, many cheetah owners end up surrendering their pets to sanctuaries or local zoos, leaving the animal to wonder why it was suddenly abandoned. This creates much stress for the animal and may lead to illness and death.

There is also no assurance as to whether or not institutions may be well equipped to care for the cheetah or if the cheetah will adapt to its new environment leading to poor survival rates.

Also, because domestic owners usually do not have the proper facilities or capabilities to provide the cheetah with much-needed food and exercise, the wild cat can very much die of mistreatment.

Since wild cats are also unpredictable in nature, they may even attack without warning, especially if they encounter neighbors’ small pets or children.

While the thought of owning a cheetah as a pet is fabulous, it can be quite tedious and expensive. You need to make sure you are truly prepared for all the responsibilities that come with owning such an exotic animal.

Best think twice before you bring home that animal. Be sure you are prepared to give the cheetah a home. If not, best leave it at home — its home: the wild.