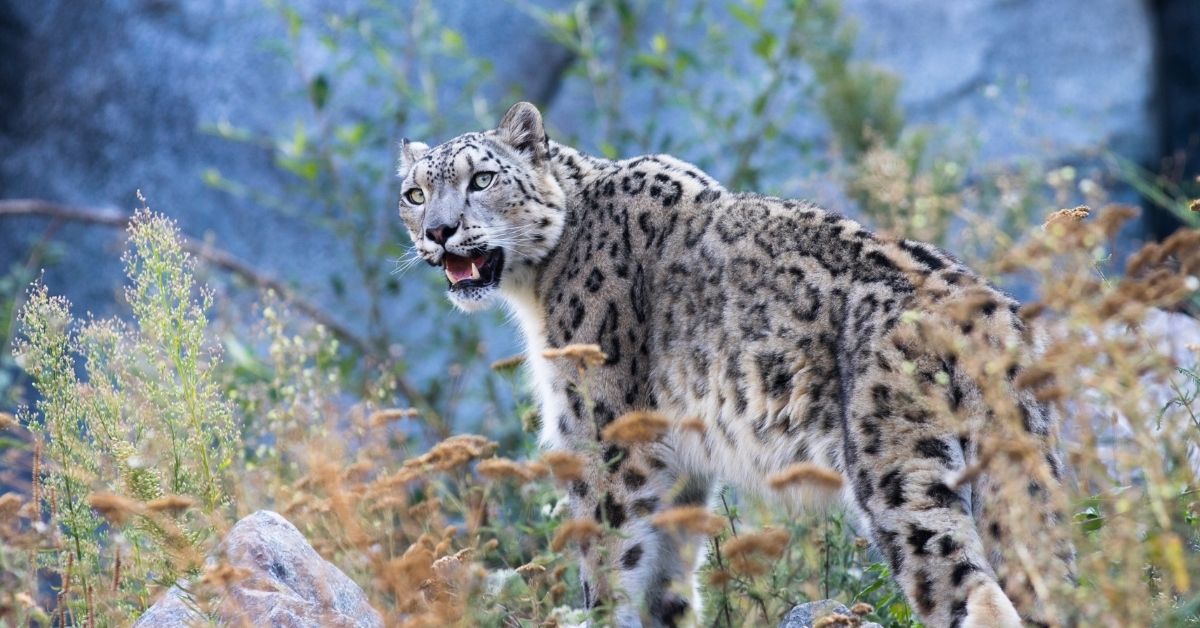 Anyone who has been around cats knows that they make a wide array of sounds, from growls, hisses, to purrs. However, the sound that sets them apart from all other animals is their trademark meow.

While we know that domesticated house cats meow all the time, one can’t help but wonder if their bigger, wild counterparts make this adorable noise as well.

There are seven big cats that are known to meow:

Why Do Cats Meow?

Meow is just one of the many sounds that the cat can make. However, it is the sound that most distinguishes cats from other creatures in the animal kingdom.

In the wild, it is used by cats to locate each other. In domesticated situations, it is mainly used to communicate with us, humans.

Apparently, cats do not find the need to meow at each other in domesticated situations and instead use their meows to manipulate us, humans, into doing what they want us to.

Imagine thinking you’re training your cat to alert you, and instead, it’s training you to respond to it. This makes you kind of think about who’s really the master.

The tone and length of the meow often determine what message the cat is trying to get across. Short and sweet meows are often interpreted as simple greetings. Continuous short meows can indicate increased excitement or need for attention.

Stretched out meows of various tones can indicate feelings of agitation or pain. Meows can also serve as warnings before they decide to pounce and attack you – cat owners will understand how this feels.

Big cats do meow, but not all can produce the adorably demanding noise that these creatures are known for. While most, if not all, house cats can do it, only a select few big cats can meow.

Snow leopards are arguably among the most adorable of the big cats. To add to their appeal, they are also one of the few big cats that are able to meow. Snow leopards of all ages can emit their own versions of the feline meow.

Unlike common house cats, snow leopard meows emit a rather different sounding meow. There are cute squeaky meows of the younger leopards to the deeper, more intimidating meows of the adults.

It is a well-known fact that lions emit ferocious roars. They are kings of the jungle, after all. However, before they can make that majestic, awe-inspiring roar, these lion cubs start out making the most adorable squeaky meows.

Because these cubs will end up having the ability to roar, their meows sound more like mini roars in the making. Instead of the typical “ME-OW” sound, they emit sounds that sound more like “WA-OW”.

Cougars are very well known to be the biggest cats that are able to not only meow but also purr. They are kind of like the wild’s own version of big, wild pussycats. Unlike their other wild meowing counterparts, their meows sound extremely close to that of a domestic cat.

Out of all the big cats, they are among the ones that can emit the trademark ME-OW sound best with just a touch of roughness and hoarseness that set their sounds apart.

Cheetahs may be among the fiercest big cats you can find in the wild. However, they are also among the cats that emit the most adorable meows you will ever hear from a big cat.

Despite their large size and heavy, intimidating build, they are anatomically built almost exactly like a small cat.

This means that their voice boxes are also similarly built, giving them the ability to meow, purr, hiss, and make other sounds that a household cat would and removing their ability to produce a full-on roar.

Hearing bobcats meow is an extremely rare instance due to the fact that they are solitary creatures. Bobcat meows are mainly used for communicating with others so you can only really hear them during these cats’ mating seasons or for when mothers are trying to locate their cubs.

These meows sound similar to that of a house cat. They can also emit meows that sound almost like dog barks when they find themselves in threatening situations.

Not much information can be found about ocelots meowing, but you can rest assured that they are among the big cats that do.

These cats are better known for emitting purring or growling sounds when spotted, but they have also been documented making short, soft meowing sounds as well as loud, aggressive yowling sounds.

Its meows are actually sort of an internet meme after being featured in a game of Metal Gear Solid 3 wherein a character named Ocelot uses meows to call for backup.

The lynx is also among the big cats that emit a meowing sound. In fact, their meow can get so intense they actually sound like they’re screaming. Adult lynx are solitary animals often only meeting others of their species only during mating season.

Since females only mate with one male during their extremely limited fertile period, males who compete for the same female often get into strong matches complete with scream-like meowing.

This is among the only time you can hear or even see lynx in the wild due to their solitary, nocturnal nature.

Why Don’t All Big Cats Meow?

There are many reasons why different cats emit different sounding calls. This is mainly because they are, simply put, built differently. Whether this means physical differences such as size and anatomical build or environmental differences all depends on what species you’re looking at.

The main reason why some big cats are unable to meow is due to the structure of their voice boxes.

Big cats’ bone structures differ from other cats in the sense that they have a hyoid bone attached to an elastic ligament that enables them to produce intimidating growls and intense roars but removes their ability to produce the trademark feline meows and purrs.

This is found in bigger cats such as lions, tigers, leopards, and jaguars. Smaller cats, on the other hand, have shorter, lighter muscles on their voice boxes that allow them to purr and meow to ward off predators and communicate with others but render them unable to roar and growl.

Habitats also play a role in what sounds big cats make. Research has established that cats that live in open habitats opt to choose deep-sounding calls to communicate with others of their kind, while those who live in forested areas use high-pitched yowls.

Meowing may be the most distinguishable feature that separates cats from other animals in the animal kingdom but I guess we can clearly say that not all cats can emit this sound. Whether they meow or growl does not diminish the feistiness or fierceness of these marvelous large cats.

Despite similarities in their ways of communicating, each cat has its own different twist on the call that further establishes each of its own unique quirk and personality.

Let’s also not forget that these calls are not only used to communicate with other cats but to us humans too. Let us continue to listen to the calls of these wild cats and protect and preserve their role in the circle of life.