Are There Big Cats in Australia? 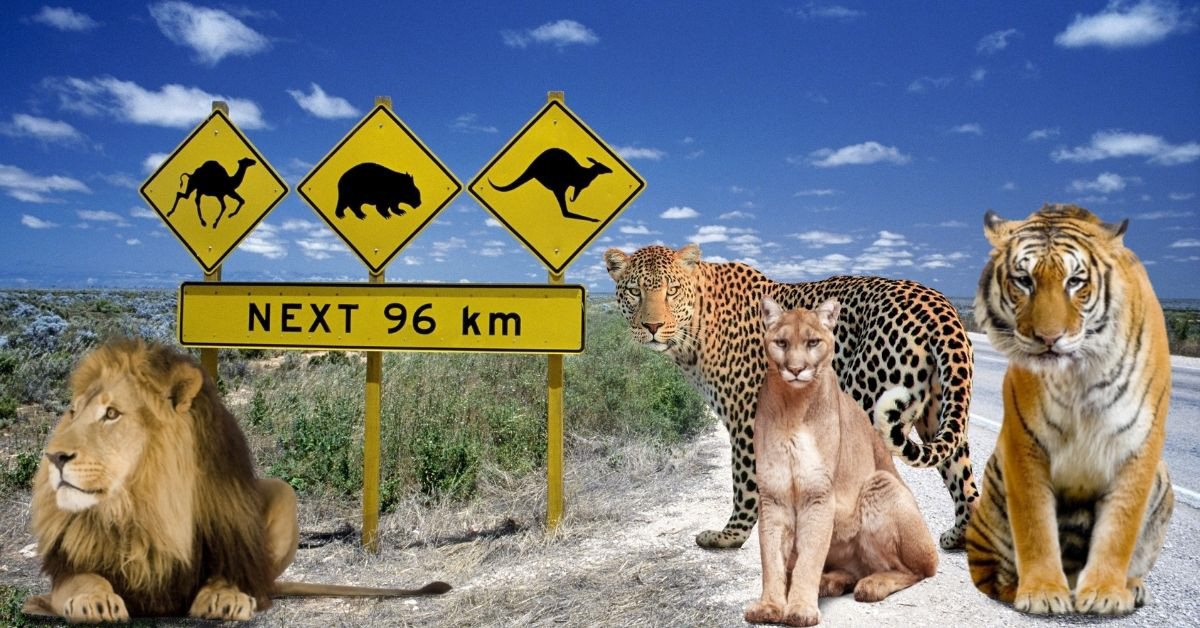 Australia is very well known for its incredibly diverse wildlife. This continent is the only home of some of the world’s rarest species of animals of different kinds. However, despite the many creatures it homes, there has been speculation whether this country houses any fierce, big cats.

Do Big Cats Exist in Australia

As of now, it is popularly believed that there are no large cats in the wild in Australia.

If there are big cats in Australia, they are extremely good at hiding from humans. There have been numerous sightings of these big cats in various states of the nation. Still, no one has ever managed to truly track down and provide indisputable proof of their existence on the continent.

Many government agencies have released statements saying that it is “highly unlikely” that their country houses members of the big cat family after decades-long searches have come up empty-handed.

However, sightings of elusive large cat-like animals continue to pop up, sparking searches to continue.

Why Doesn’t Australia Have Big Cats

Many theories explain why big cats aren’t among the thriving Australian wildlife. However, these two best explain how this might be the case.

1. Split from the Rest of the World

Theories state that all the countries in the world were once part of a supercontinent. Eventually, the land started to break off and drift to different positions and locations in the world until we reached the arrangement we have now.

This theory would explain why some nations separated by oceans and located on separate corners of the world have similar landscapes and wildlife.

Gondwana, the portion that contained what we now know as Australia, broke up from the rest of the world around 200 million years ago. Ever since then, the continent has been operating as a separate entity.

However, according to a study by Jack Tseng published in the Proceedings of the Royal Society, evidence provided by archeological findings places the oldest known evidence of big cats to be only around 10.8 million years old.

This means that Australia had already broken off from the rest of the world when big cats began to develop and roam the land.

Given this, people have come to think that big cats aren’t found in Australia simply because they never really existed in Australia. The continent’s separation from the rest of the world did not allow the opportunity for big cats to migrate to its lands.

It was also doubtful that these cats’ ancestors were able to swim the great distance to get to Australia. Some even joke that it probably would never have been attempted because cats don’t like water.

Some other theorists also claim that Australia did have its big cats. However, they eventually died out because of the lack of resources and the inability to adapt to the ever-changing Australian climate.

Others state that these big cats were in direct competition with other predators who were much more successful at surviving. They were either killed off for dominance or simply died due to lack of prey.

While this may be mostly speculation, the existence and extinction of the Tasmanian Tiger appear to feed into this theory.

While there may not be records of big cats such as leopards, lions, or pumas living in Australia, this nation does have BIG cats — big, chunky house cats.

As of the 2020, Burke’s Backyard featured a domestic shorthair cat named “Rum”. This massive house cat weighs 12 kilograms and is 96cm from his nose to the tip of his tail.

However, Rum has some competition as some other house cats from all over the nation sent in their measurements to try and dethrone our hefty feline as the “Biggest Cat in Australia”

ABCs or Alien Big Cats, otherwise known as Phantom cats, is a term used to refer to large cats who appear outside of their local or indigenous regions.

Despite sometimes spanning various nations, climates, and landscapes, each big cat has their indigenous areas wherein you can expect to find them. However, there are times when sightings of large felids can occur in places outside their locale.

Australia is one such country with many reported sightings of ABCs, as listed below.

Back in World War II, the United States Army Air Forces joined the collective defense of the country by establishing various airfields in the country.

During this time, it was said that the US airmen brought over cougars to act as mascots.

Stories say these US airmen then released these big cats into the Australian wild to be rid of them after the war.

During the late 19th century, a tiger-like animal referred to as the Tantanoola Tiger was said to be stalking the town of Tantanoola, South Australia.

It appeared to look similar to a wolf and was declared to be a species of Assyrian Wolf instead of a big cat not long after its death.

It was shot down by a man identified as Tom Donovian and stuffed. To this day, its remains are still on display in the Tantanoola Tiger Hotel.

A former Australia Zoo big cat keeper has gone on the record saying that there is a significant possibility of an elusive population of wild pumas and panthers residing in the Australian wilderness.

These cats are rumored to be descendants or actual animals who escaped from traveling circuses or the mascots of a foreign military.

These cats are found somewhere around the Queensland and Victoria areas.

Nowadays, most of the sightings are brushed off as either large dogs or distorted images of various Australian wildlife. However, those who witnessed these sightings still maintain that these animals are big cats beyond the shadow of a doubt.

Whether there are or aren’t big cats in Australia remains a mystery to be solved. The government maintains no presence of these fierce felines while wildlife enthusiasts continue their search.

All we can do is wait and continue studying the Australian wild to try and spot the intimidating figure of these predatorial cats.