Are Sea Lions Dangerous To Humans? 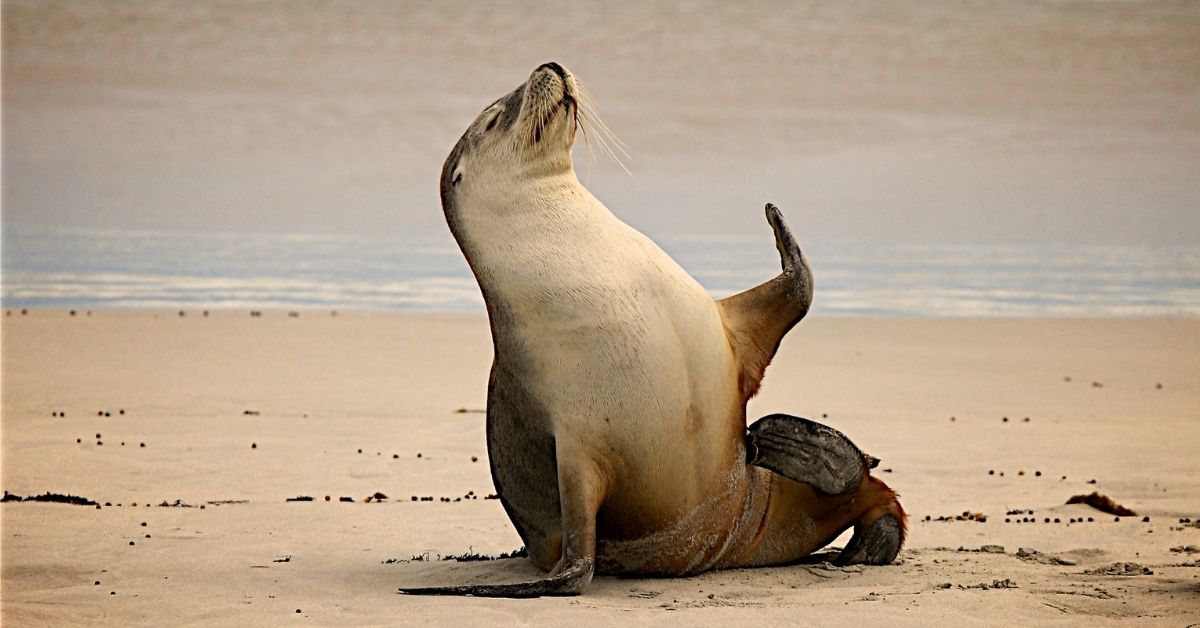 Sea lions are large semiaquatic mammals. They look very intimidating, although not very graceful, when out on the beach or the rocks.

They look even more intimidating when they are in the water. Once submerged, sea lions are excellent and fast swimmers. They also have massive jaws filled with sharp teeth.

Are Sea Lions Dangerous To Humans?

As wild animals, sea lions are dangerous creatures in general. Considering their size, the fact they hunt for food, and are very territorial, sea lions make for rather scary animals. That’s not to say they are out there to hurt humans.

Usually, sea lions are not dangerous to humans if left alone, and sea lions’ attacks on people are relatively rare. There are a few instances where sea lions bit people.

Still, according to scientists, those were usually provoked by inexperienced people who didn’t respect the animal’s space or treated the sea lion as a cute circus animal.

Many people seem to forget that even the curious sea lion that comes close to people is a wild animal, somewhat unpredictable and potentially dangerous, considering its size and mouth full of sharp teeth.

Is It Safe To Swim With Sea Lions?

There are many places, like Peru (especially in Lima), the Virgin Islands, and Galapagos, where swimming with sea lions is a very popular touristic attraction.

The tour offers a tour boat that takes tourists to the spot most frequented by sea lions. One can rent a wetsuit and jump in open waters where curious young sea lions gather around to “check out” newcomers.

It is not too dangerous to swim with sea lions as long as people follow the guide’s rules, although there is always a risk during any interaction with a wild animal.

Those tours rely on the curiosity of sea lions. Usually, the younger and less territorial sea lions want to investigate the commotion and swim around the boat, waiting for people to jump in the water.

Once people are swimming, sea lions would come closer to touch or sniff at people and usually stay around for a while, as long as people don’t try and touch the animals. No touching is a general safety rule, to not spook or agitate wild animals.

In reality, tourists’ presence on sea lions’ territory disrupts animals, and most of them move from their favorite spots, never to return because of human interference. While swimming with sea lions seems like a great experience, it usually makes them more wary and nervous as a result.

Is it Safe to Touch Sea Lions?

It is never safe to touch sea lions. In fact, in the U.S., it is illegal to touch, feed, or otherwise disrupt sea lions.

Whether it is a small sea lion pup on the beach or a grown sea lion trapped in a net, one should never touch a sea lion. In the first case, there is a risk that after touching a sea lion pup, humans leave their scent on the baby. It may prevent the mother from finding her baby or deter her from caring for it due to a foreign smell.

In the second case, a trapped wild sea lion is more dangerous than ever. It is most likely panicked and will see any approach as a further threat to its life. This situation may prompt the sea lion to attack in defense and cause further injury to itself or the approaching rescue.

When encountering a sea lion in need, whether trapped, sick, or injured, the best course of action is to let the authorities know and wait for their instructions.

What Happens if a Seal Lion Bites You?

Sea lions can’t sever human limbs, but they can definitely leave a deep wound after biting. There were only a few instances of sea lions biting people, but there is always a risk of attack when encountering wild sea lions.

A sea lion bite needs immediate medical attention because it may be deep and require sutures and because it may get infected, causing a “seal finger.”

Sea lions can carry bacteria called Mycoplasma phocacerebrale. If left untreated, the bacteria can cause a severe infection, causing swelling and immobility of fingers and progressing to joint damage. The worst-case scenario leads to amputation.

The “seal finger” may also occur after touching the seal pelt or meat. Any contact with seal blood or seal saliva with even a minor skin wound would require immediate treatment.

The treatment includes proper cleaning and disinfection of even the most minor wound and precautionary antibiotic therapy with tetracycline.

The injury needs to be monitored for seven to ten days for any signs, i.e., increased swelling or redness, pain or tenderness around the wound, red streaks or foul-smelling discharge from the wound.

Sea lions are magnificent marine mammals, full of grace and speed in the water and rather awkward looking on the land. They should not be underestimated, though, especially when encountered up close.

Sea lions’ curious nature makes them relatively docile and not really dangerous, but it doesn’t mean they are friendly. Sea lions are still wild animals and should be afforded freedom of movement and respect for their personal space.

Even though sea lions don’t have humans on their menu, they could still attack if provoked or threatened.

One should never approach, touch, or feed wild sea lions, especially in the U.S., as it is illegal to harass them and alter their natural behavior in any way.