Are Lynx Dangerous To Humans? 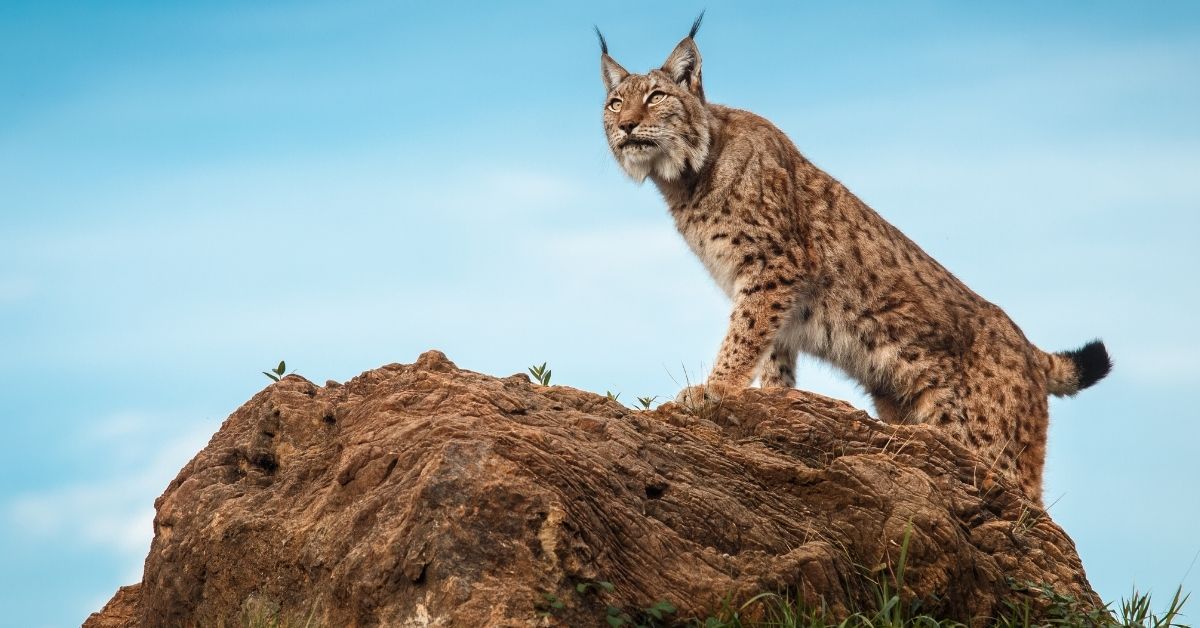 Lynx are timid animals and are very rarely seen. They prefer to stay away from human settlements, and on a rare occasion when meeting a human, they tend to run away.

They are, however, avid hunters with sharp claws and strong jaws full of equally sharp teeth and should not be underestimated.

Are Lynx Dangerous To Humans?

Generally speaking, lynx are not aggressive animals and are not dangerous to humans. They prefer to stay away from humans, dogs, and human settlements. Although they are wild cats, and can and will attack if they feel threatened.

Lynx are not the biggest of big cats, but they weigh between 18 and 66 lbs depending on the species and can still inflict some injuries. That is to say if they choose to attack. There are few records of healthy wild lynx attacking a person without a cause.

The biggest threat to humans could be rabid lynx. The disease may alter their behavior, making them irrational and sometimes unafraid of humans.

To reduce the chances of being attacked, one should not approach lynx, regardless of whether it is small, adult, healthy, or sick. Although considered docile, lynx can fight if they feel threatened.

Many people have never seen a wild lynx in their lifetime, even after living within the lynx range. Lynx living close to human settlements prefer to hunt at nighttime, early morning, or late evening, limiting human-lynx interactions.

Can A Lynx Kill A Human?

Technically, yes, a lynx could kill a human, especially a child or a smaller and weaker adult, but in practice, that never happened.

Lynx’s jaws are big enough to clamp around the human throat and strong enough that they can choke a person to death. In reality, lynx would have a tough job in killing a person.

Lynx prefer to hunt by stalking and jumping at their prey, which are usually either small animals or, in the case of deer, animals with long necks.

Lynx do not know our anatomy, which would make it challenging for them to bite any vital parts of our bodies. It would also be difficult for lynx to overpower a person, even considering sharp claws and teeth.

Are Lynx Dangerous To House Pets?

Most lynx are big enough to kill a deer, so in theory, they could be dangerous to a house pet (a cat or a dog). However, lynx prefer to stay away from humans, and if you keep your pooch close by, they should be safe from lynx.

Lynx are smart animals, and they are able to discern between what is an easy meal and what is a risky endeavor. Apart from small sizes, dogs are a risk lynx would prefer not to take in case of injury because an injury for a wild lynx could mean death.

There also seem to be no lynx attacks on house cats. The reason could be that house cats are no competition for lynx, and therefore they pose no threat, or they are aggressive enough not to make easy meals for lynx.

On the other hand, some domestic animals, like sheep or poultry, are a different case. Most of them spend time roaming and grazing out in the open without protection.

These animals are not equipped to defend themselves against lynx, and they are the perfect size prey. Therefore, they are an easy target for lynx, even bobcats, the smallest ones.

There have been several reports of lynx hurting dogs, but most of them resulted from rabies. In some cases, dogs simply cornered lynx, threatening it and forcing it to fight.

You should always ensure you have your dog in sight and under control in the lynx habitat. Never let your pup interact with wild lynx in case they feel threatened or are sick, and they may attack.

What To Do If You Encounter A Lynx?

If you happen to face a wild lynx, there are a few pointers you should remember to stay safe.

All in all, lynx are not dangerous to humans and most house pets. They are mostly nocturnal and prefer to stay away from trouble.

They can, however, get into a chicken pen or kill small livestock when their prey is scarce in the wild. Lynx can also contract rabies and pose a threat to humans and pets if they live close enough to human settlements. However, those instances are very rare, and the attack can be avoided.