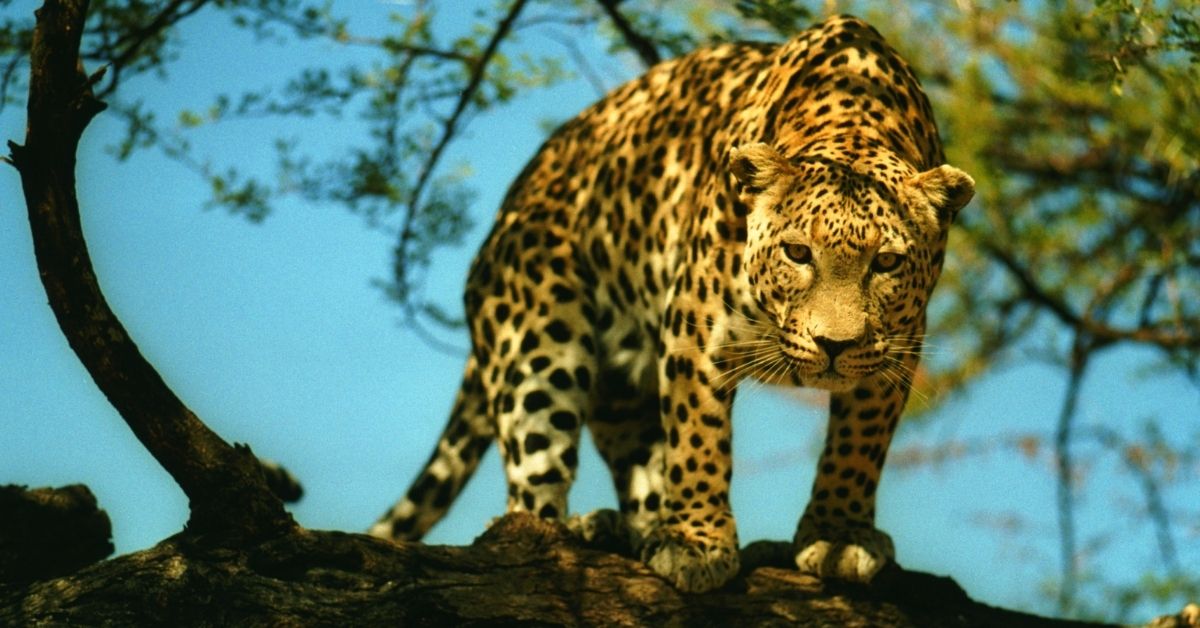 No one would dare deny that leopards are ferocious and intimidating creatures of the wild. This deadly beast of a big cat is known as an apex predator in the sense that it doesn’t really have natural predators of its own and can spend most of its days resting assured that no one is really out to get it.

However, despite their fearsome nature, they also do not regularly go for big kills unlike their other big cat counterparts, and mostly stay away from humans. This begs the question, are leopards truly dangerous?

Don’t let the kitty cat relation fool you, the leopard is still a ferocious beast in its own right. You don’t get to be called one of nature’s most terrifying predators without clawing your way through the ranks.

In this case, the clawing for the leopards is pretty literal. To prove it, here are some terrifying traits that will remind you to stay away from this magnificent predator.

The leopard is known to have a very unpredictable nature when it comes to behavior and thinking. This is partly due to its solitary nature.

Unlike other big cats, leopards do not spend their time in groups or packs thus rendering the need to learn social and communication skills useless. This makes it hard to study the behavioral patterns of a leopard because this cat does not find the need to express anything.

One would have an easier time studying a lion’s behavior because it relies on its pride. To survive, they need to coordinate and communicate with each other in ways that humans can observe and study.

The leopard having no one to communicate with, does not announce its plans of action before implementing them. They just do it often catching prey and observing humans by surprise.

Leopards are known to be solitary beings. They spend most of their adult life alone and only interact with other leopards during mating season.

Even their young cubs only have two years together with their mother until they are left to fend for themselves. They are also extremely territorial and mark their territory to ward off other predators and threats.

Because they live alone and are used to living alone, they see everyone, even other leopards, as possible threats to their survival and will not hesitate to attack. This can be seen in areas where there are ongoing projects of urbanization that expand to wild territories or where humans live close to leopard territories.

Leopards are also known to be more aggressive than other big cats in the wild. They are known to attack and go for more than one kill in a single hunting trip as opposed to the usual one that big cats settle for.

This is mainly because they go on fewer hunting trips than other big cats usually do and opt to prey on smaller animals. This makes them a little bit hungrier and a little bit more aggressive for when they do go out for a big kill.

They also have extremely high energy and do not give up on a chase. Leopards will give chase and will not back down until the prey gets tired, slows down, and is caught by this mighty predator. Most other big cats would give up when the prey reaches a certain distance away from the predator, but not the leopard.

Leopards are also known to be spurred on more when they are injured. While other big cats back down and give up in the face of harm and injury, the leopard tends to get even more aggressive fighting even harder for its own life.

Leopards are, by nature, nocturnal. This means that they are more active at night. At first glance, this may not be considered a deadly trait but there is a reason for it being a lethal practice.

At night, most of the leopard’s prey lay fast asleep. This allows them to attack without giving the prey the slightest opportunity to react or run away leading to an unavoidable and deadly end for the prey.

Most leopards are not as big as other big cats like jaguars, tigers, and lions. However, their small size gives them an advantage against these bigger, stockier cats.

Because they are smaller, they are lighter and more agile. This gives them the ability to easily run away from predators that may be after them or their kill.

Their smaller stature also allows them to have more hiding places that can be beneficial to self-preservation or stalking prey. Their lighter build means they can also jump greater heights and climb trees faster to protect themselves and their kill from other opportunistic predators.

These are only some of the reasons why leopards should not be taken lightly and can pose a great risk not only to surrounding wildlife but possibly to humans as well.

Although leopards prefer to stay away from urbanized regions, they are instances when leopards attack humans, sometimes also for consumption.

Leopards’ attacks were more common in the 19th and 20th centuries in India when the country experienced a big burst of urban development.

During that time, leopards and humans clashed regularly. There were plenty of cases where leopards picked humans to be easier prey than wild animals and hunted them for food.

A few British hunters living in former British India reported several instances of man-eating leopards, which were difficult to track and particularly bold, taking people out of their houses through thatched walls.

Man-eating leopards are now a very rare occurrence, although attacks on humans still happen from time to time, mostly in India, where leopards inhabit a dense jungle and are more difficult to spot. There seemed to be fewer leopards’ attacks in Africa.

Most often than not, leopards interact with humans only when they attack farmers’ or shepherds’ livestock for a meal. This occurs in fields located close to leopard territories.

There have also been records of retaliatory killings of livestock due to starving local men taking away or seizing kill that was initially acquired by the leopard. This shows that a leopard really can hold a grudge as these men’s livestock suffered greatly from attacks in retaliation for their actions.

What to do to avoid a Leopard Attack

Here’s to hoping that you will never find yourself in a life or death situation against a leopard. But just in case you do need help preventing that from happening, here are some tips to avoid staring face to face from this ferocious, yet magnificent cat.

On the off chance you do encounter a leopard, do not panic or shrink down. Instead, clap your hands and wave your arms to look bigger. This will, hopefully, scare off the leopard. Studies have also been shown that blasting loud music can also keep the leopards at bay.

Leopards are predators by nature. This, alone, already gives them a strong reputation of danger. However, just like you and me, they are just living creatures that are trying to live the best they can and like us they should be allowed the space they need to do just that.

Threaten that space, and then you face the wrath of this mighty beast. If we learn to stay out of their way and allow them to function as the wild cats they are, they will mean no harm. With all the illegal poaching, deforestation, and attacks on their kind, we might even be a bigger danger to them than they are to us.