Are All Panthers Black? (Explained) 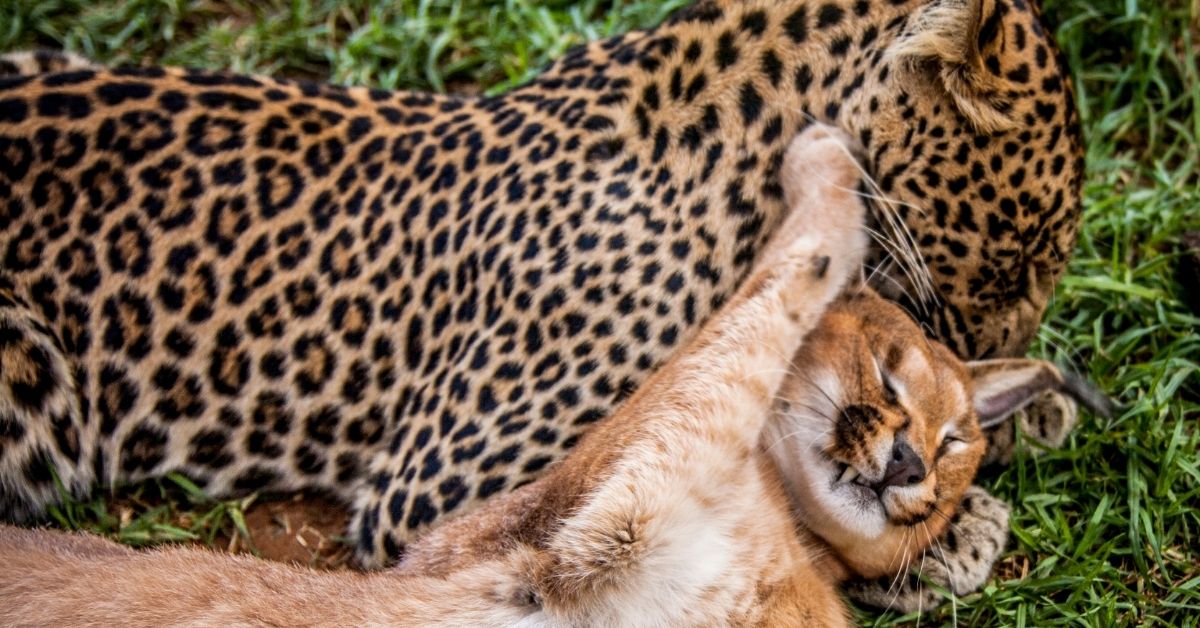 The term panther is very well associated with the image of a majestic black cat with incredible strength – and this is true. Panthers, true panthers, are dark-colored members of the genus Panthera or specifically: Panthera pardus and Panthera onca.

However, the panther name has been used by other members of the cat family. Spoiler alert: they are not all black.

Are All Panthers Black?

To put it simply — No, not all panthers are black. While the term is widely associated with large, imposing, black cats, the term panther is actually used to describe various members of the family Felidae.

These are dark versions of these cats who overproduce the pigment melanin, responsible for the dark coloration of hair, skin, and nails. As a result, these originally spotted creatures appear almost-solid dark brown or black color.

These panthers are referred to as the true panthers due to their dark coloration in addition to the fact that they are members of the Panthera family.

However, the term panther has been adopted by other members of the feline family. Most notably, the Florida Panther, otherwise known as the Puma concolor couguar. A member of the cougar family and a resident of Southern Florida.

What Panthers Are Not Black?

True to their name, the Panther is a melanistic animal, so it would be logical to conclude that they are mainly made up of big, black cats. However, is this truly always the case?

Sometimes, the members of the Panthera pardus and Panthera onca can exhibit an even more unusual color. White panthers are considered extremely rare, even rarer than black panthers due to their strange coloring.

Their spots have also ditched the usual dark coloring for a lighter white that almost appears invisible on their pale coats. They can also have grey rosettes or have their existing white rosettes turn grey as they age.

On the other hand, Florida Panthers is a subspecies of puma and is often referred to as a mountain lion or cougar.

As adults, they are primarily solid-colored tan or silver-grey that forms a dark brown-colored line towards the middle of its back with a white or pale underbelly. They also have touches of black in the tips of their tails, back of the ears, as well as the sides of their snouts.

As cubs, they are a dull grey with dark spots that fade into adulthood.

They can also exhibit melanistic coats that render them completely black in some cases. They may even exhibit white coats in rare cases.

How Do Panthers Obtain Their Colors?

Panthers obtain their colors for a multitude of reasons.

There are, of course, their pre-established and genetically typical colors which is most often the case for the Florida Panther.

For the Black Panther and melanistic Florida Panther: their coats obtain their deep coloring due to the overproduction of melanin. Melanin is the pigment in charge of the dark colorations in skin, hair, and other parts of the body.

On the other hand, white panthers obtain their color, or lack of color, due to various conditions such as albinism (the total absence of pigment or melanin) and leucism (the reduction or faulty deposition of pigment).

While black panthers are certainly the better-known variant of the panthers and have been decidedly established as the “true panthers,” not all of them are black.

Panthers, or members of the Panthera genus and those who adopted the Panther name, are all made up of various colors that give them each a unique look and atypical beauty.

These cats, along with other members of the Felidae, truly bring great color to the kaleidoscope that is the animal kingdom.